The fiscal inspection of the Open Dialogue Foundation’s activity was requested by the then head of the Ministry of Foreign Affairs, Witold Waszczykowski. The case was transferred to the Customs and Tax Office in Łódź, which had previously been headed by Tomasz Waszczykowski, the brother of the head of the ministry of diplomacy. 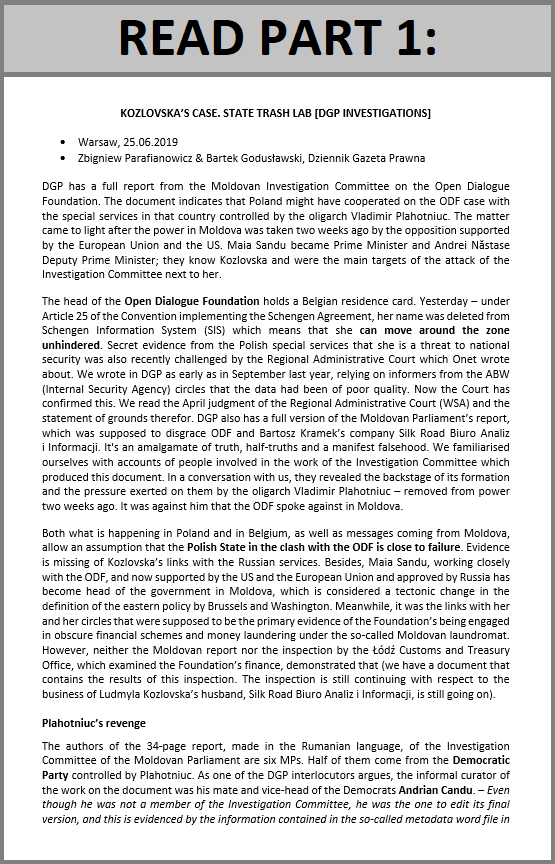 The fiscal authority has carried out an audit of the Open Dialogue Foundation for 14 months. At the end of July 2017, Minister-Special Services Coordinator Mariusz Kamiński himself asked the office to ‘take a closer look’ at the organisation headed by Lyudmyla Kozlovska. At his request, Minister of Foreign Affairs, Witold Waszczykowski, who supervised the Foundation, asked for the inspection.

It must be borne in mind that the former head of the Ministry of Foreign Affairs was one of the Foundation’s greatest critics. “There are serious accusations against the ODF: accusations of financial embezzlement, concealment of large income and subversive activities. The Internal Security Agency has justified doubts. After all, they wrote a plan of the overthrow of the Polish government in bullet points,” Witold Waszczykowski stated in an interview for the DGP in September last year.

We asked whether the Minister’s brother had been involved in auditing the books of ODF and Bartosz Kramek’s (Kozlovska’s husband) Silk Road, Biuro Analiz i Informacji [Silk Road The Office for Analysis and Information]. “Mr. Tomasz Waszczykowski is the head of the Customs and Tax Control Department of the Customs and Tax Office in Łódź. He did not take part in any inspections in connection with these matters,” the press office of National Revenue Administration replied. The result of the inspection in the foundation actually shows that it was carried out by the 2nd inspection department. 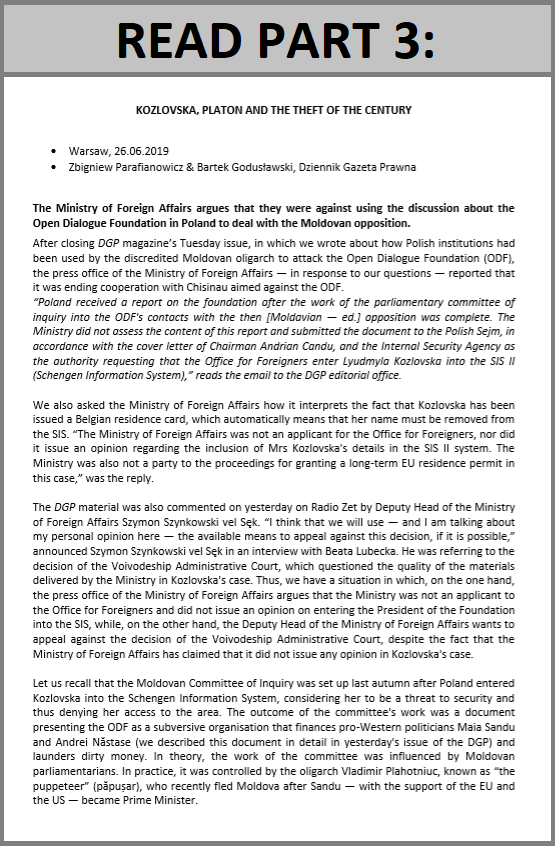 When the inspection of the ODF has begun, the minister’s brother wasn’t the head of the tax office anymore. Why, then, did the Foundation get audited by Łódź officials? The National Revenue Administration answered this question merely by quoting the provision of the law according to which the head of each Customs and Tax Office has the right to undertake an inspection of any organisation in the country. – Following the tax administration reform, it is not uncommon for a case to be referred to a customs and tax office in another voivodship. The flagship example is the proceeding in Wólka Kosowska near Warsaw, which is handled by the Customs and Tax Office in Białystok, and the secured goods coming from illegal sources are sent to a warehouse near Suwałki,” our interlocutor from the Ministry of Finance stated.