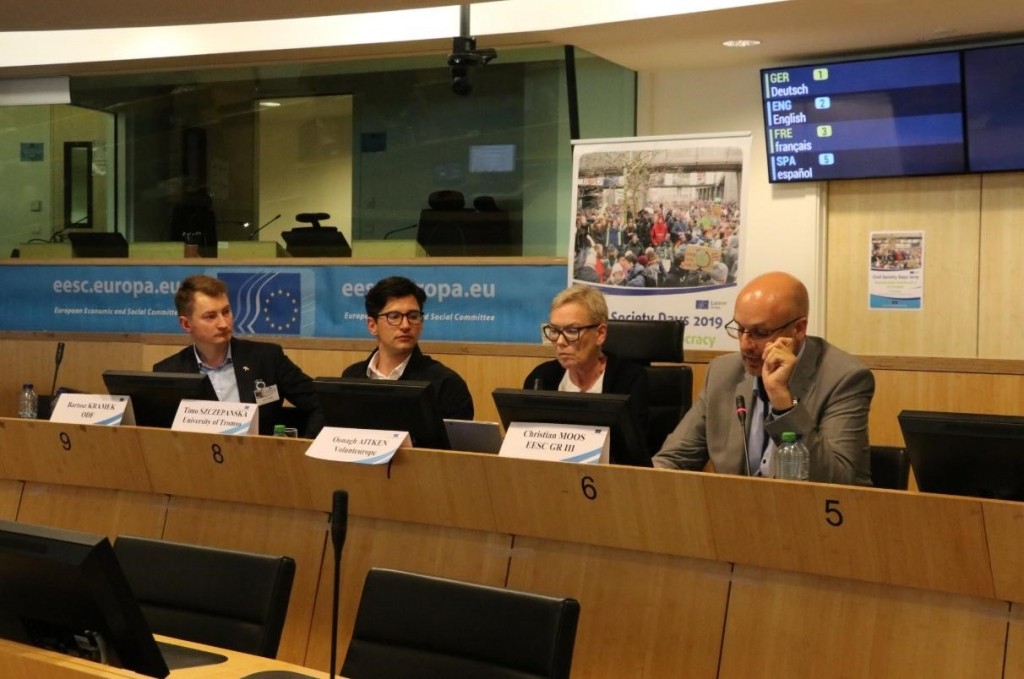 On June 12 and 13, in Brussels, the 2019 edition of the Civil Society Days event took place at the European Economic and Social Committee(EESC). This event represents the cooperation between the EESC and the members of the Liaison Group representing European civil society organisations and networks. During the conference, participants had the chance to discuss important subjects related to civil society and had access to presentations, workshops and discussions concerning the two main topics of this year’s edition: democracy and sustainability.

One of the workshops, titled “Resilient democracies: the positive impact of civic action and organised civil society” and jointly organised by Volonteurope, European Citizen Action Service, European Civic Forum and the Section for Employment, Social Affairs and Citizenship (SOC), hosted a series of 10-minute presentations from a very diverse panel of speakers: Christian Moos, Member of the EESC GR III / Germany; Timo Szczepanska, PhD candidate at the Faculty for Biosciences, Fisheries, and Economics of the Arctic University of Norway; Assya Kavrakova, Executive Director of the European Citizen Action Service (ECAS); Giada Negri, Advocacy and research officer at the European Civic Forum; Alessandra Sciurba, spokesperson and head of the legal team of Mediterranea Saving Humans; and our colleague Bartosz Kramek, Chairman of the Foundation Board of the Open Dialogue Foundation. 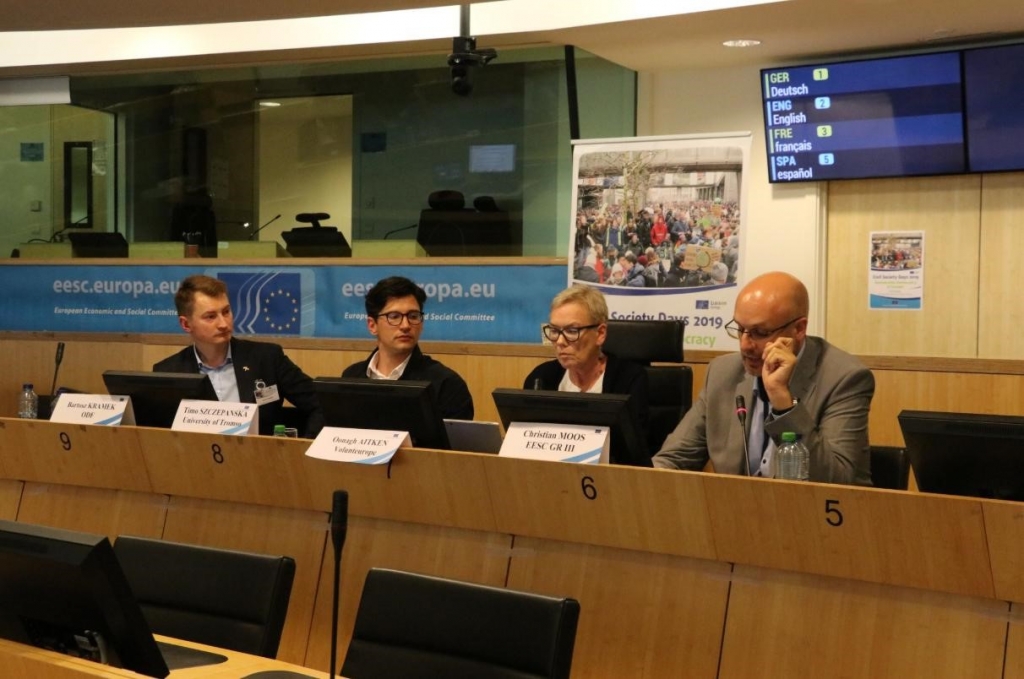 During his presentation, our colleague referred to the specific struggles faced by activists and human rights defenders in Poland, and how to confront them. “In spite of all the efforts, the Polish government and authorities still refuse to see civil society as a relevant partner to engage with” he explained, “and this is why civil disobedience, conducted through pacific means and respectful actions, is the only way to actually influence the policies of our government.”

Bartosz Kramek also mentioned the story of his wife, Lyudmyla Kozlovska, Ukrainian human rights activist and President of the Open Dialogue Foundation, whose name was put with the highest alert level in the Schengen Information System by the Polish government, thus making it impossible for her to freely move within the EU. “Thanks to the international pressure and support of EU politicians, my wife recently received her residence permit to live in Belgium; this shows how important it is for civil society and local civil activists to engage and cooperate with EU institutions” he stated, “but there is still a lot to be done to make sure that pressure on civic activists is less frequent within EU borders”.

Bartosz also reminded the audience that Poland is not an isolated case when it comes to civil rights and the rule of law being disrespected. “The nationalist discourse in countries like Poland, Hungary and Italy represents a serious threat for civil society as a whole, as well as for individuals who try to make their voices heard on the streets and protect the rule of law” he said at the end of his speech. “The fact that some EU Member States are currently governed by this kind of anti-democratic vision is particularly worrying: it is not sufficient to protect ourselves from external threats, when some of the most dangerous ones are coming directly from inside the EU.”

Finally, our colleague presented a series of recommendations for decision-makers which could allow for better cooperation between them and civil society representatives. Bartosz recommended them to: