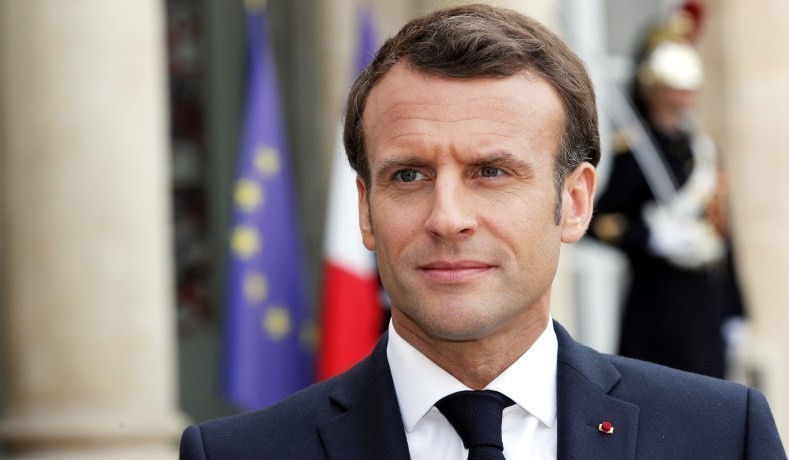 Despite the news of Lyudmyla Kozlovska having received a residence permit from Belgium, French president Emmanuel Macron has decided to send words of support to former Polish president Lech Wałęsa and – indirectly – to Lyudmyla Kozlovska. The first president of post-communist Poland and Nobel Peace Prize laureate wrote to President Macron back in February, urging France and/or Belgium to facilitate Lyudmyla Kozlovska’s return to Europe after being unlawfully expelled from the Schengen zone by Polish authorities, attaching a public petition he had initiated for that purpose. 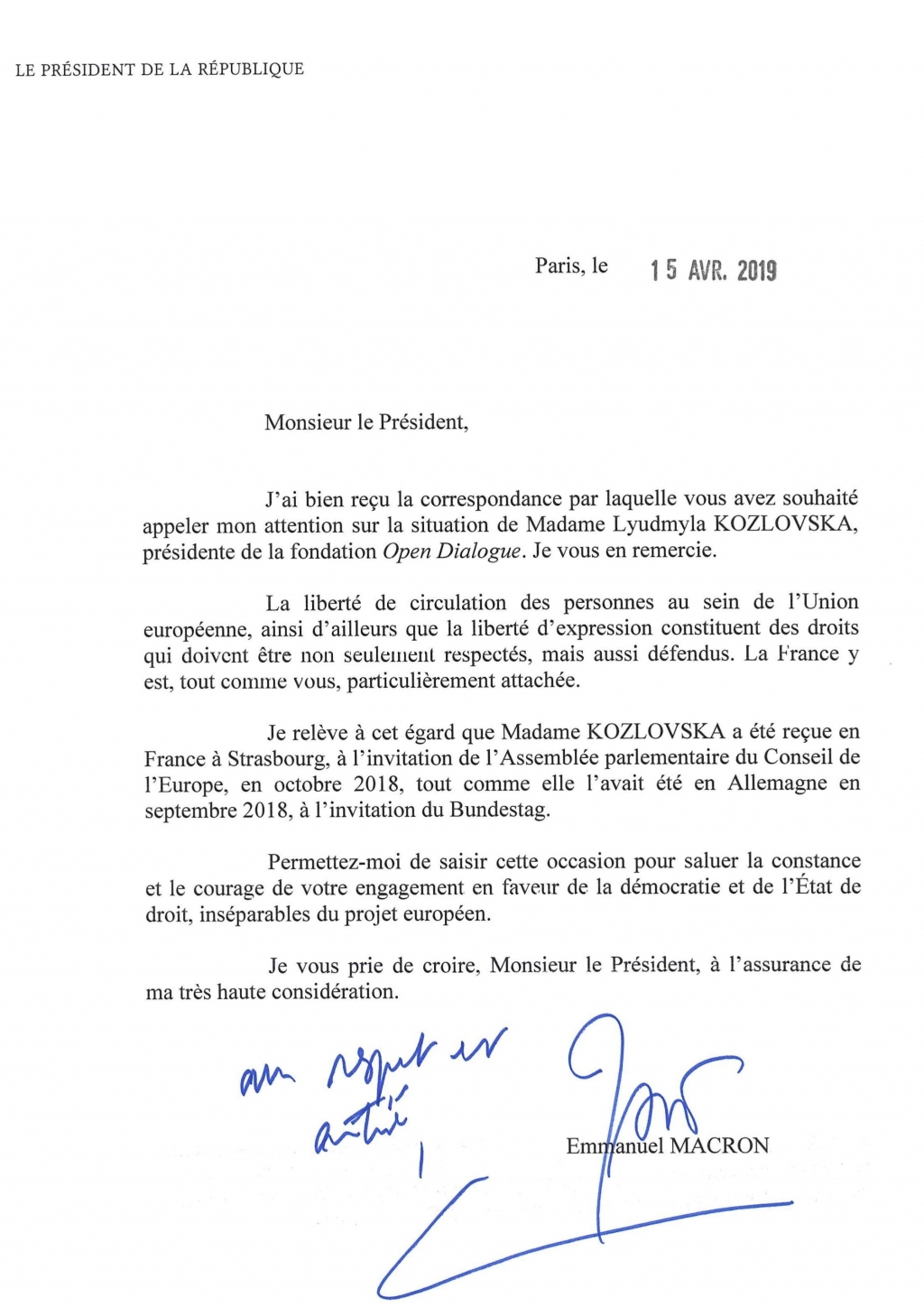 In his letter President Macron directly refers to Poland’s controversial decision: “Free movement of persons in the European Union and the freedom of expression are both fundamental rights which should not only be respected but also defended. Just as you, France is particularly attached to these rights.”

Referring to these principles, the President notes the fact that not only the French, but also German authorities have enabled her to travel to their countries to speak at the Council of Europe and in the Bundestag, respectively.

He ends his letter by complimenting President Wałęsa for the “consistency and courage of [his] engagement in favour of democracy and the rule of law, which are inseparable from the European project.”

ODF and Lyudmyla Kozlovska are very thankful to both President Wałęsa and President Macron for their support and words of endorsement in these challenging circumstances, as well as to Belgian authorities for enabling her to stay in the EU and obliging Poland to delete the Schengen ban.