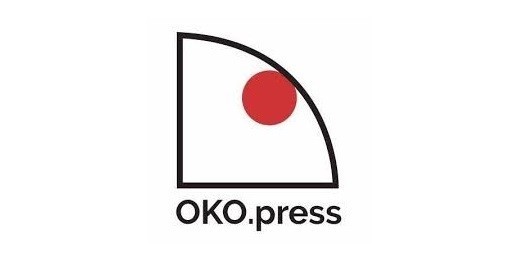 The list of disobedient ‘judges of freedom’ continues to grow. Ewa Siedlecka receives reports about judges of common courts, who, in their judgements, showed courage and chose independence, rather than the ‘peace of mind’. The list of judges subjected to oppression is also growing, as is the list of judges actively defending the independence of the judiciary. Please pass this information on, these judges deserve it.

“The political power’s pressure on judges has been exerted for four years now. Solidarity demonstrations near court buildings and protest marches in defence of the independence of the courts are over, public opinion no longer calls disobedient judges ‘heroes’. Instead, disciplinary cases have begun against judges who say things to the public that do not please the political authorities, or issue rulings other that they would expect. The Supreme Court has a Disciplinary Chamber whose judges were elected by representatives of the ruling party”.

Ewa Siedlecka, a legal journalist of ‘Polityka’ [‘The Politics’], who runs an opinion-forming Conservative Blog; an author of OKO.press, so well-known to the readers, wrote: ‘The heroic period has passed. Now, a truly difficult period begins: you have to go on’.

For OKO.press and the Osiatyński Archive, Ewa Siedlecka is preparing a list of ‘Judges of Freedom’. We published the list for the first time on 14 November 2018; at that time, it included the names of 156 ‘free judges’. It was based on a list of such judges which appeared in Siedlecka’s book ‘Judges Speak. The attempt of the Law and Justice party on the justice system’.

The list is being updated. “This is its true value. I also get a lot of reports that judges believe that being on the list is a distinction,” says Siedlecka.

Siedlecka is analysing the current situation:

‘Now, less spectacular, but more annoying oppression has begun; such as being transferred to worse working conditions, worse work places or other departments’

One of the most famous disobedient judges, Łukasz Biliński, is being transferred now. He tried dozens of cases against the street opposition in the District Court for Downtown Warsaw, citing the constitution and international conventions.

He was the one to set the standard that defending the constitution is not ‘socially harmful’, and so, it is neither a crime nor an offence, even if it violates the law. Judge Biliński is now to rule in the family division. The President of his court and the spokesman for the neo-KRS, Maciej Mitera, have requested his transfer.

If the Law and Justice party is to govern for a second term of office, judges may face political verification under the pretence of the change in the structure of the judiciary and the status of the judge, announced by the Ministry of Justice. This will require the reappointment of judges. And the authorities may want to take the opportunity to refrain from appointing those with whom they are in a conflict.

For this reason, the greater admiration is due to the judges who choose independence, rather than peace of mind.

Those listed below have recently been included in an updated list of oppressed judges:

Marek Celej, a judge at the District Court in Warsaw; the Disciplinary Ombudsman has opened an inquiry into whether the judge has violated the rules of ethics by criticising the organisation of work in his court on television. Other judges of this court, Małgorzata Kluziak and Piotr Gąciarek, found themselves in the same situation.

Mariola Głowacka, a judge of the Appellate Court in Poznań, has faced disciplinary action for the fact that, as the deputy disciplinary ombudsman, she refused to bring charges against Judge Sławomir Jęks, who acquitted Joanna Jaśkowiak, brought to court for using the phrase: ‘I am pi**ed’’ during the rally speech.

Rafał Maciejewski, a judge from the District Court in Łódź, has faced disciplinary action for criticising – without giving the name of the court, the disastrous organisation of work and staff shortages on the judges’ portal sedziowielodzcy.pl.

The list of disobedient judges includes, among others, the following:

Judge of the Voivodship Administrative Court Marzena Milewska-Karczewska, Tomasz Żukowski and Assessor Paweł Dańczak, who overturned the decision of the Office for Foreigners to register Lyudmyla Kozlovska, President of the Open Dialogue Foundation, in the Schengen Information System II as a person with an entry ban. Polish authorities had previously attempted to outlaw the Foundation after Kozlovska’s husband, Bartosz Kramek, published a post on the social networking portal entitled ‘Let the State Come To a Stop: Let’s Shut Down the Government! – how the attack of the Law and Justice party on the rule of law in Poland can be stopped’.

Michał Chojnacki, a judge at the District Court in Warsaw, dismissed TVP’s lawsuit against ombudsman Adam Bodnar for infringement of personal rights in a statement suggesting that ‘the atmosphere of hatred created by TVP could have contributed to the murder of the President of Gdańsk Paweł Adamowicz’.

The Supreme Administrative Court Judges: Agnieszka Wilczewska-Rzepecka, Arkadiusz Despot-Mładanowicz and Robert Sawuła ordered the transcription of the British birth certificate of a child whose both parents were female, according to the certificate. He, therefore, rejected the registry office’s argument that the transcription would contravene the public policy clause. They considered that the denial of transcription infringes the constitutional and European rights of the child.

The Supreme Administrative Court Judges: Małgorzata Pocztarek, Elżbieta Kremer and Agnieszka Miernik reinstated the rank of Colonel Krzysztof Dusza. He was deprived of his rank for allegedly illegitimate possession of NATO documents. The case of the degradation was carried out under the patronage of the then head of the Ministry of Defence, Antoni Macierewicz.

Marek Celej, a judge at the District Court in Warsaw, discontinued criminal proceedings against General Piotr Pytel and Colonel Krzysztof Dusza, the founders of the NATO Counterintelligence Expert Centre. In December 2016, the Ministry of National Defence spokesman Bartłomiej Misiewicz and military policemen broke into the Centre’s headquarters and secured NATO documents, which he believed they possessed illegally because they were classified.

Dariusz Ścisłowski, a judge at the District Court in Szczecin, dismissed the case of a man who stood in the way of President Andrzej Duda’s journey with a banner “Today in a palace – tomorrow in jail; not a president, but an asshole’. The judge decided that the social harm caused by this act was negligible, as the defendant’s aim was not to insult the head of state, but to express criticism.

Judges of the Supreme Court: Dariusz Dończyk, Jacek Gudowski, Wojciech Katner, Karol Weitz, Agnieszka Piotrowska, Mirosława Wysocka and Dariusz Zawistowski were members of a seven-person Supreme Court Civil Chamber. On 21 May 2019, they asked the Court of Justice of the European Union a preliminary question concerning the validity of decisions issued by a judge who was appointed in breach of the rules, especially, taking into consideration that the court (Supreme Administrative Court) issued a final decision suspending his nomination in connection with the need to examine the correctness of the competition (before the new National Council of the Judiciary) in which he was nominated.

Hanna Kraszewska,a judge of the District Court, overturned the decision of the Kujawsko-Pomorskie Voivode to register the “cyclical assembly” of students of Father Rydzyk’s school in Toruń. The application for registration was filed solely in order to prevent from operating, the regular “Chryja pod Radiem Maryja” assembly, organised by feminists on the occasion of Father Rydzyk’s birthday, which had previously been registered there. The judge stated that the registered cyclical assembly did not meet the statutory conditions, as there is no evidence that it had been held earlier for three years.

Despite intimidation and bribery, the judiciary environment defends the ethos of its profession. The vast majority did not participate in the distribution of positions and promotions. And judges’ associations rejected ‘good change’ and excluded judges who had accepted positions from the authorities.

Free, independent judges risk being expelled from the profession, which is facilitated by the new regulations on disciplinary proceedings. ‘I’m not intimidated, because I can’t imagine that I could behave differently. During the war it was said that the best soldier is the one who does not count on coming home,’ Judge Bartłomiej Przymusiński, a member of the Board of the Iustitia Association, stated.

Below we present the updated four lists of judges. They were produced without the knowledge and consent of the judges included in them.

From the editorial office of OKO.press: Lists of Judges are in the Rule of Law folder; ‘The Alphabet of Rebellion’ (Praworządność, “Alfabetu buntu”) of the Osiatyński Archive project, implemented jointly with OKO.press, ‘Gazeta Wyborcza’ and ‘Polityka’.

Only the judges, including those retired, are on the lists. Therefore, the lists do not include representatives of other professions who are defending the rule of law:

– activists from non-governmental organisations defending the rule of law, such as the Helsinki Foundation for Human Rights, the Institute of Law and Society INPRIS, Amnesty International or the Stefan Batory Foundation.