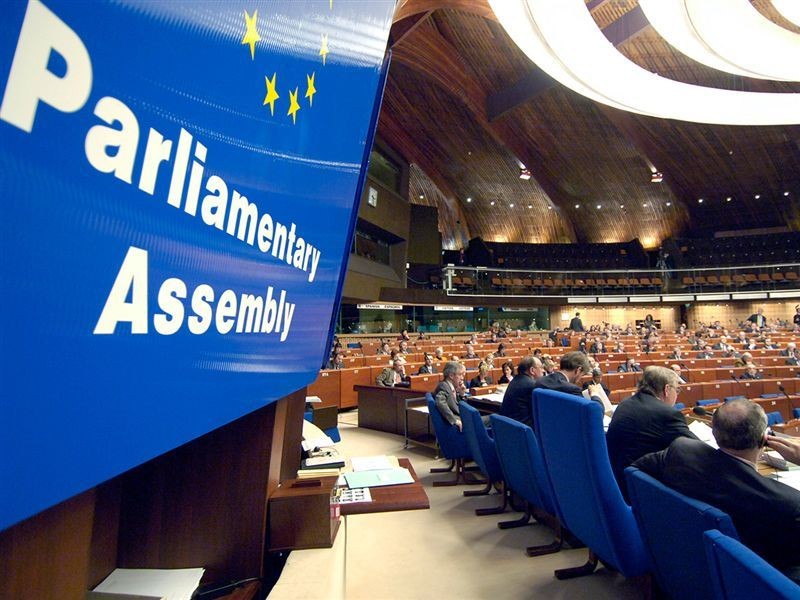 Russia deprived of its voting rights in PACE in 2018

Success of Ukrainian NGOs. Once again, the Parliamentary Assembly of the Council of Europe (PACE) has prevented the Russian delegation from returning to its ranks. This decision was appealed for by 40 Ukrainian NGOs and the Open Dialogue Foundation. This means that the delegation is still not allowed to vote, is excluded from all leadership bodies and is not allowed to participate in observation missions.

On 13 December, the Centre for Civil liberties (CCL) issued a statement in which it appealed to the Council of Europe not to allow the restoration of the Russian delegation’s full rights in PACE, which have been revoked, among others, as a result of the occupation of the Ukrainian Crimea. “In recent years, the Council of Europe has adopted a series of resolutions on the illegal occupation of the Crimea and the commencement of hybrid warfare in Donbas. The Council of Europe urged Russia to release political prisoners, to stop the persecution of the Crimean Tatar people, to fulfil the Minsk accords, etc. Russia is clearly ignoring these requirements” – we read in the statement. “Nevertheless, there are voices about the return of the Russian delegation and a corresponding voting is being prepared for the PACE session in January 2018. A triumphant return is planned on the eve of the presidential election in Russia, which have long been a mere formality”.

The statement of the CCL was signed by 40 non-governmental organisations, including the Open Dialogue Foundation. In addition to joint legal work, the decision of the Council of Europe was also influenced by the open letter by Olga Gryb, sister of the kidnapped 19-year-old Ukrainian Pavlo Gryb, who has been illegally detained in the Russian Federation. In her letter, Olga Gryb described the details of her brother’s abduction from the territory of Belarus and the conditions of detention in a Russian detention centre in Krasnodar. She also reminded that Pavlo is one of the many Ukrainian hostages of the Kremlin. “Every day his fundamental rights, as guaranteed by the Convention, are being brutally violated. Pavlo is forbidden to take medication that is necessary for him to function, he cannot speak his mother tongue and is forbidden to see his family. His only guilt is that he openly criticised in social networks the annexation of the Crimea and the war in eastern Ukraine started by Russia” – wrote Olga Gryb. “Do we want to live in a world where the Russian secret services hunt teenagers and apply the practices of Stalinist terror against them? Are we going to close our eyes to the fact that representatives of the entire nation are being persecuted because of their ethnicity, as is the case with the Crimean Tatars in the occupied Crimea? Are we going to allow authoritarian regimes to use people as hostages in geopolitical games? Are we really willing to exchange values for economic interests?” – asked the Ukrainian.

The Open Dialogue Foundation wishes to express its sincere thanks to all its PACE partners for their efforts to ensure that Russia, which violates international law, will have a limited influence on the decisions taken in democratic Europe.