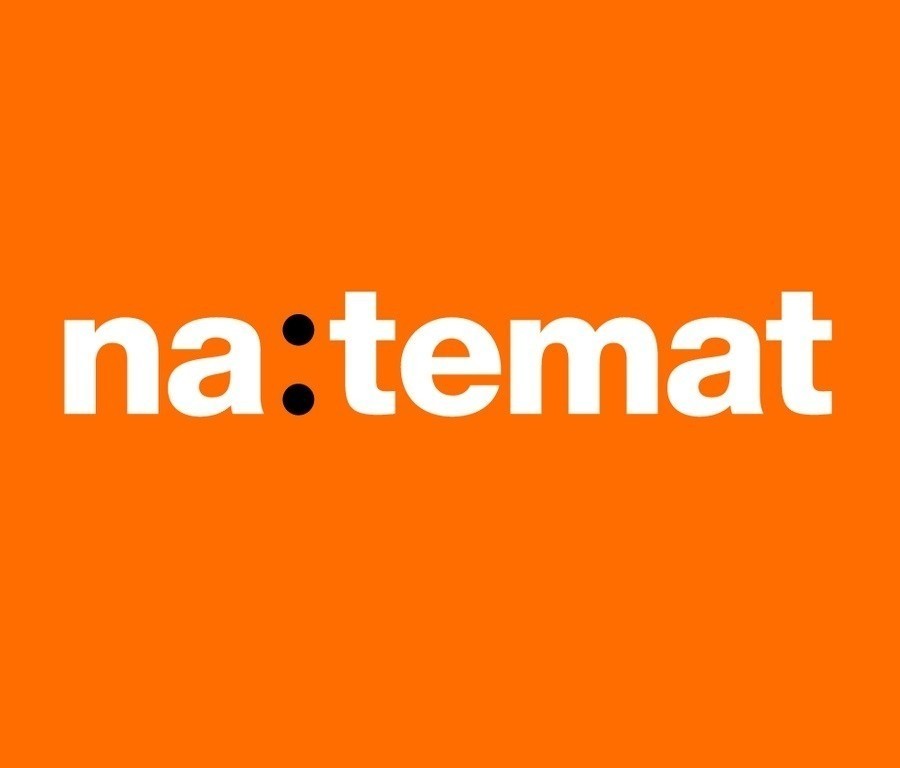 naTemat: Senator reveals truth of PiS’s support for Russia’s return to the Council of Europe [INTERVIEW]

The Polish Ministry of Foreign Affairs is “slightly” skirting  the truth. This refers to the high-profile case of how PiS supported Russia’s reinstatement in the Council of Europe and then protested against it. Senator Aleksander Pociej, who knows the background to the case, reveals what it looked like in practice.

Some time ago, at a press conference, you accused the Ministry of Foreign Affairs of voting in favour of Russia’s return to the Council of Europe. In public statements, the Ministry claims that it did not vote for this. Is the Ministry’s statement factually correct?

In 2014, after the annexation of Crimea, the Parliamentary Assembly decided to impose sanctions on Russia, including the suspension of the right of Russian parliamentarians to participate in the Assembly’s meetings. The Committee of Ministers did not impose any sanctions and Russia was left with one foot in the Council of Europe. The sanctions of the Parliamentary Assembly were maintained in subsequent years on account of the Russian aggression in Donbas, the Russian Federation’s lack of cooperation in the investigation into the shooting down of the Dutch Airlines passenger aircraft and, in general, persistent human rights violations in Russia.

Unfortunately, despite the fact that none of the above-mentioned premises was eliminated, during two meetings, held in Strasbourg and then in Helsinki, the Polish Ministry of Foreign Affairs presented a position in favour of Russia that differed from the position of Poland’s closest partners in matters of Eastern policy. It was in Strasbourg that the vote was held, and this fact was denied by Ministry representatives.

You mean the vote on Russia’s return to the Parliamentary Assembly of the Council of Europe?

This is where we find the misleading information. In fact, it was only the vote in the Assembly – during which Polish MPs voted against and, unfortunately, were in the minority – that resumed the Russian Federation’s membership in the Council. HOWEVER! The previous vote of the ministers in Strasbourg concerned the statutory changes that had made this return possible.

The Polish diplomacy voted in favour of these changes, in opposition to the position of the Baltic States, Ukraine, Georgia, and even Armenia, which is considered to be politically pro-Russian. Russia abstained from voting. It was this vote that paved the way for Russia’s return to the Parliamentary Assembly. Therefore, what the Ministry of Foreign Affairs now claims – that there was no such vote – is not true. Besides, another meeting on this matter was held in Helsinki on 17 May, with the participation of the Minister of Foreign Affairs, Jacek Czaputowicz.

There was no formal vote during that meeting. However, five countries – Lithuania, Latvia and Estonia, as well as Ukraine and Georgia – continued to oppose the changes that were pushed through by the biggest Western countries. And Poland did not support these five countries in any way, although it could have done so. The Ministry of Foreign Affairs is now denying its own actions and omissions in this matter.

So is it lying?

It is concealing certain facts from the public. Journalists are asking how the Minister voted in Helsinki and the Ministry is stating that there was no vote. But there was, except that it was in Strasbourg, while in Helsinki there was some mysterious conversation between Minister Czaputowicz and Minister Lavrov. And there was the above-mentioned lack of objection.

If you are accusing the heads of diplomacy of being untruthful or at least of interpreting the situation in a biased way, then the question arises: how do you know that everything happened this way?

It will soon be a year since I became head of the largest faction, the European People’s Party, in the Parliamentary Assembly of the Council of Europe. I obtain information on how the Ministry has acted due to my function. As the leader of the strongest faction, I participate in the work of the Presidium of the Parliamentary Assembly – a body which is a counterpart of our Presidium of the Sejm.

Liliane Maury Pasquier, President of the Assembly, meets on average once a month with all the heads of the factions and discusses the most important issues for our organisation. I also talked to my peers from the Baltic countries and Ukraine and everyone informed me with great regret about the attitude of the Polish Ministry of Foreign Affairs.

However, the representatives of the authorities strongly deny that, saying: no, we did not vote in favour of Russia’s return.

It’s sophism. In Strasbourg, they voted for changes that led directly to the return of Russia, and in Helsinki, they acted as Pilate, sacrificing their friends and washing their hands of the situation. Moreover, I see no consistency in their statements. On the contrary, apart from the denials, there was a second (parallel) position on this matter, which was an argument in favour of the admission of the Russian Federation.

The Ministry of Foreign Affairs claimed that Russia’s re-entry into the Parliamentary Assembly would strengthen the effectiveness and significance of the Council of Europe, which was experiencing numerous crises, and would also help Russians – not the delegates, but ordinary citizens. Moreover, this was the opinion of the greatest advocates of Russia’s return – France, Italy, the Netherlands and Germany.

And you don’t agree with that? Isn’t it in line with the objectives that the Council of Europe has set itself: to allow Russia back to this group in order to relieve the situation of its opponents defending human rights?

It sounds nice, but it’s a political fiction. Russia has been consistently ignoring the views of the Council of Europe and the judgements of the Strasbourg Court. This concerns Crimea and Donbas and the shooting down of the plane to Malaysia over Ukraine, the victims of which were mainly Dutch citizens. Russia behaved in a similar way regarding the return of the Smolensk wreckage. And finally, in the case of the death of Boris Nemtsov. It disregarded subsequent positions of European bodies.

These are the facts: Russia has not made the slightest gesture that would give rise to a change in the assessment of its activities. Claiming that things are different is naivety or an excuse to mask a mistake that has been made. I know from conversations with PiS parliamentarians that they, too, were disappointed by the activities of the diplomatic corps in this matter.

In the Parliamentary Assembly itself, they voted in the same way as me and my colleagues from PO: against the unconditional return of Russia. A powerful pro-Russian lobby has acted, which the Polish Ministry of Foreign Affairs, Mr Czaputowicz, naively joined. Even Witold Waszczykowski was surprised by the Ministry’s actions.

So you don’t see any positive aspects of this decision?

Even if I saw them, since there was a certain logic there, the losses are greater than the profits, and the unexpected and radical change of political views of the Ministry of Foreign Affairs is alarming. For many years, we have considered that supporting the Baltic States, Ukraine and Georgia against illegal and aggressive actions of the Russian Federation is the basis for protecting the long-term national interest of Poland.

Following the Brexit decision and the anti-European rhetoric of President Trump, in the light of the disastrous, confrontational relations of our government with Western partners, the Weimar Triangle is disintegrating before our eyes, and the West and South of Europe, excluding Poland, are engaging in full cooperation with Russia. Russian representatives are openly saying that this is the first step towards the lifting of sanctions.

In such a situation, the lack of reaction to the events in the Council of Europe is either proof of political blindness or, even worse, proof of the tragic weakening of Poland’s strength in Europe. By undermining our cooperation with the West and especially with Germany, the PiS policy has led to our isolation. Jozef Beck behaved just as foolishly in 1938 and 1939.

Still, the Council of Europe is less well-known than the institutions of the European Union.

The Union is focused on economic regulations. The Council of Europe engages in cooperation in the legal, social, and cultural fields. It ensures that human rights are respected, protects citizens and monitors democratic mechanisms.

It sounds nice, but what does it look like in practice?

If necessary, it intervenes. The whole current dispute over Russia is based on the fear that the possibility of imposing sanctions will be excluded. The Council of Europe was established in 1949. Each accepted state has the obligation to ratify the European Convention on Human Rights and follow its provisions.

The abolition of the death penalty took place thanks to the Council. Each acceptance of a new state is a milestone in the spread of the principles of a democratic state of law. The framework of the Council of Europe includes more widely known institutions such as the European Court of Human Rights in Strasbourg and the Venice Commission.

Leszek Moczulski appealed to the court, vainly seeking objectivity on the case of lustration in domestic courts, but the same applies to the many ordinary citizens who feel wronged by the justice system. Does Strasbourg have an impact on the rule of law in Poland?

The Court’s rulings not only changed a lot in individual cases, but also had an impact on general cases, such as the arrest policy. Under the influence of Strasbourg judgements, candidate judges ceased to rule on cases involving pre-trial detention.

However, among all the institutions connected with the Council of Europe, Poles know the Venice Commission best?

The Commission is an important advisory body and its authority even extends to the USA, which, of course, does not belong to the Council. It is involved in providing opinions on legislative solutions and the functioning of law and democracy in the Member States. The Poles got to know it more widely thanks to the previous head of diplomacy, Witold Waszczykowski, who invited it to Poland himself.

You monitored elections in Georgia, Montenegro, and Belarus, and now you are going to Ukraine. And how does the Council of Europe assess the rule of law in Poland?

Unfortunately, it does not look good. The Venice Commission will soon present a report on the state of democracy and the rule of law in Poland, and I already know that it will be critical. Alongside Turkey, Romania, Bulgaria and Moldova, Poland found itself in a disgraced group of countries which, in the resolution of the Parliamentary Assembly of the Council of Europe, are called upon to fully implement the principles of the rule of law.

And until recently, we were at the top of democracy?

Lord Richard Balfe, the rapporteur on ombudsmen, called on TVP to withdraw the lawsuit against the ombudsman Adam Bodnar filed when the latter dared to speak on the topic of hate speech appearing in the public broadcaster’s broadcasts.

How do you assess this?

I am ashamed that the Polish government is the subject of such criticism. It is hard to imagine that an attempt is being made in Poland to silence the Ombudsman.

Is the opinion on the rule of law in Poland getting worse?

The current government has destroyed the image of Poland as a country that has been a leader in the region for 30 years in terms of respect for democratic standards. I represent Poles who are against this degradation. My role is to prove that it is not Poland that has the problem, but its current government. Russians, Azeris and citizens of other countries without an opposition voice are in a worse situation. They have no opposition at all.