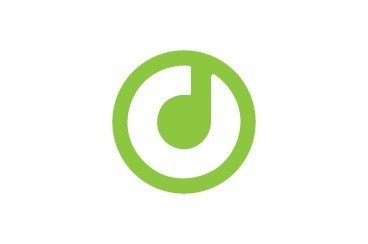 Open Dialogue: Investigation by the prosecutor’s office into abuse of power to the detriment of the Foundation

On 17 July we received a notification from the District Prosecutor’s Office of Łódź-Bałuty in Łódź about the initiation of an investigation into the infringement of tax secrecy and abuse of power (Article 266 §1 and Article 231 §1 of the Polish Penal Code) to the detriment of the Open Dialogue Foundation and our related company Silk Road Biuro Analiz i Informacji Sp. z o.o. on 5 July 2019. At the request of the Prosecutor’s Office, the related activities are currently being conducted by the Łódź Field Department of the Internal Inspection Office at the Polish Ministry of Finance.

The investigation results the notification of a suspected crime, we lodged on 3 April. The Foundation and Silk Road received the status of the wronged party.

The case is connected with the customs and fiscal inspection of the Foundation conducted by the Customs and Tax Office in Łódź (UCS). Information protected by law, e.g. on the course of the inspection at the Foundation, was leaked from the audit to pro-government “media” (including the weekly Tygodnik Sieci) and the oligarchic regime of Vladimir Plahotniuc in Moldova (the Foundation defended human rights and supported the pro-European opposition in that country in 2016–2019).

Journalists of the Sieci weekly, which covered the inspection at length, directly invoked “their sources in the services”. Maciej Wąsik and Stanisław Żaryn, respectively the deputy and the spokesman for the Minister-Coordinator of Special Services Mariusz Kamiński, eagerly and extensively commented on the “ODF case” and our President Lyudmyla Kozlovska in Sieci and other press titles supporting the Law and Justice (PiS) government.

As an investigation conducted by the daily Dziennik Gazeta Prawna revealed that the brother of Witold Waszczykowski, MEP and former head of the Ministry of Foreign Affairs, and one of the first critics of our activities among the ruling party, works at the Customs and Tax Office (UCS) in Łódź. Tomasz Waszczykowski is the head of the 1st Tax Inspection Department. Previously, he was the head of the entire institution, i.e. before the reorganisation of the fiscal services, he headed the fiscal inspection office in Łódź.

The tax inspection was initiated at the request of Mariusz Kamiński sent to Witold Waszczykowski (as the minister competent for our Foundation), who, in turn, requested that the inspection be carried out by the tax administration. Although our headquarters are in Warsaw, the case was sent to Łódź. It is being run by seven tax inspectors.

Witold Waszczykowski had unsuccessfully attempted to take control of the Open Dialogue Foundation under the Act on Foundations. When the Foundation refused to remove the link to Bartosz Kramek’s text on civil disobedience of July 2017, the then Head of the Ministry of Foreign Affairs asked the court to suspend our Management Board and introduce his own receiver. He lost. His successor, Jacek Czaputowicz, lost a court case with us in April 2018. Thus, our dispute with the Polish Ministry of Foreign Affairs was legally resolved in our favour in a final judgment.

The main “‘irregularities” identified by the inspection so far boil down to challenging the right to tax deductions in the area of human rights defence. According to the inspectors, “the legislator does not grant tax exemptions for such types of activities”. In fact, this means that we would have to pay tax, for instance, on the money we received to help Ukraine during the Maidan events and the first period of the war with Russia. At that time, we sent humanitarian aid, including protective helmets, bulletproof vests and medical dressings worth over PLN 1 million. The case will most likely end up in an administrative court: we do not agree with this interpretation, but we will only be able to appeal once the proceedings have been fully completed.

The investigation initiated by the Prosecutor’s Office is another step that calls into question the legality of the actions undertaken by the authorities, headed by the Law and Justice party, against our Foundation, which began in July 2017 with the Facebook publication of an article on civil disobedience by Bartosz Kramek, Chair of the Foundation Council, and ended with the deportation of the Foundation’s President, Lyudmyla Kozlovska, from the Schengen area.

Last week, the Voivodship Administrative Court in Warsaw found Lyudmyla Kozlovska’s expulsion unfounded and, after Belgium issued a permanent residence card for her, Poland was forced to remove her name from the SIS system.