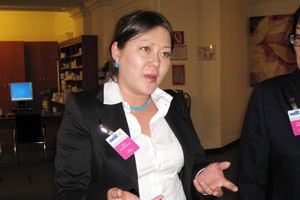 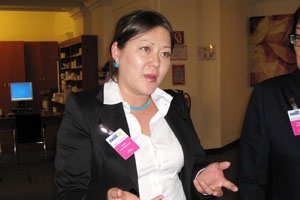 A court has sentenced Asel Nurgaziyeva to 12 days of incarceration, having accused her of disorderly conduct and disobeying police officers. The circumstances of the human rights defender’s arrest remain unclear. Nurgaziyeva’s lawyer claims provocation.

On the 6th of December, 2012, Asel Nurgaziyeva told journalists by telephone that on one of the streets in Aktau she was attacked by an unknown woman, who began to yell and accuse Nurgaziyeva of humiliating her. After that, the woman called the police. The police, who arrived on the scene, arrested Asel Nurgaziyeva and took her to the Main Directorate of Internal Affairs in Aktau.

On the same day, Asel Nurgazieva was tried in court. The Administrative Court of Aktau sentenced the human rights activist to 12 days in jail: 5 days under Article 330 (‘disorderly conduct’), and 7 days under Article 355, section 2 (‘disobeying a police officer’). As it transpired, the woman who accused Asel Nurgazieva of insulting her, had previously been held administratively liable for disorderly conduct. Kaldybay Eserkepov, Nurgaziyeva’s lawyer, is of the opinion that a provocation was carried out against the human rights defender.

On the 10th of December, 2012, Asel Nurgaziyeva, who is serving a  prison term in a special detention facility of Aktau, went on hunger strike in order to express her protest against gross violations of her rights and a bias of the court. The human rights activist claims that on the 6th of December, 2012, state television channels KTK and ‘Kazakhstan’ broadcasted a story about her arrest, calling her a “dangerous criminal”. Asel Nurgaziyeva did not see any journalists at the place of her detention, and so she is wondering how they knew about the arrest. The human rights activist also stated that the administrative court had no jurisdiction to consider her case. According to her words, the hearing was closed, during the trial, judge Tazylov behaved in an aggressive way, he was openly conversing by cell phone, and he dismissed Asel Nurgaziyeva’s motion requesting that the trial be held in the Russian language.

Human rights activist Asel Nurgaziyeva conducts the cases of the victims who suffered during the Zhanaozen events, and she was an OSCE observer at the trial in the case of the five policemen. Asel Nurgaziyeva was a participant of meetings in the European Parliament, the OSCE and the United Nations. The meetings were devoted to the issues of the torture of witnesses and prisoners, participating in the case on the tragic events and shootings in Zhanaozen.

Recently, she has been preparing claims on behalf of the Zhanaozen victims who are seeking a review of the case of the five policemen.  As Asel Nurgaziyeva is being remanded in custody, the deadline for the filing of claims will expire. In addition, on the 13th of December, 2012, the human rights defender was supposed to have a lecture devoted to the Zhanaozen tragedy at a conference in Almaty.

The Open Dialog Foundation demands the immediate release of the Kazakh human rights defender. The opaque circumstances surrounding her arrest suggest that a deliberate provocation against Asel Nurgaziyeva has been carried out. We urge the authorities of Kazakhstan to issue an official explanation of the matter, and we appeal to the international community, particularly the UN and the OSCE, to make a stand for the activist.