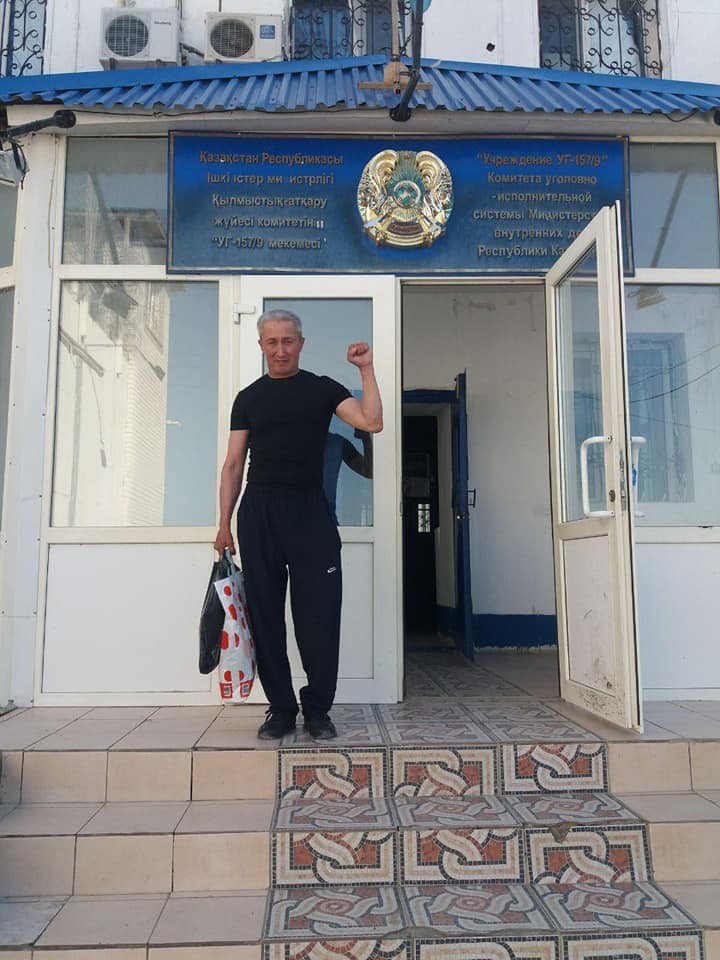 On September 20, 2018, Aktau City Court Judge Oralbay Nagashibaev sentenced Dzhumaev to three years’ imprisonment for participating in the Telegram chat of the banned peaceful opposition movement Democratic Choice of Kazakhstan. The court found him guilty of “incitement to hatred” and “calls for a violent seizure of power.” In December, the decision of the Aktau City Court of Appeal remained in force.

On July 11, 2019, Dzhumaev’s application for replacement of the unserved part of the term for punishment not related to imprisonment was examined in the prison where he had been detained (UG-157/1, Atyrau). The prosecutor had not protested, and the court decided to grant Dzhumaev’s application.On July 29, 2019, the court decision came into force and Ablovas Dzhumaev was released. The unserved part of the term was replaced by a restriction of freedom.

The Open Dialogue Foundation has been following the politically motivated persecution of Ablovas Dzhumaev (the father of four children) and his family from the very beginning. Together with the Italian Federation for Human Rights, we’ve been monitoring all the court hearings in the case of Ablovas, have been informing the members of the European Parliament, the delegates of the Council of Europe, and the representatives of international institutions such as the UN and the OSCE about his case.

On March 14, 2019, the European Parliament adopted a Resolution on the situation of human rights in Kazakhstan, in which it called on the Kazakh authorities to stop all forms of political repression in the country. The European Parliament also demanded the immediate release of all imprisoned activists and political prisoners, including Ablovas Dzhumayev, Mukhtar Dzhakishev, Maks Bokayev, Iskander Yerimbetov, Aron Atabek, Sanat Bukenov, Makhambet Abzhan and Saken Tulbaev.

In turn, the US State Department noted the existence of more than 20 political prisoners in Kazakhstan.The White House Foreign Ministry in its annual report on the observance of human rights noted numerous violations of fundamental human rights in Kazakhstan. We recall that Dzhumaev’s wife, Aigul Akberdiyeva, has been also subjected to political persecution for participating in the DCK Activist chat, where she wrote several messages. According to the investigation, Akberdiyeva called for a violent seizure of power. At the moment, Akberdiyeva is under threat of arrest since the criminal case against her has not been closed yet.