The Voivodeship Administrative Court revoked the decision to refuse Lyudmyla Kozlovska a long-term residence permit in Poland considering that the conclusions drawn by the Internal Security Agency were not rationally based on the evidence they had gathered – Polsat News reports, citing Gazeta Prawna.

The court reversed the decisions taken by the Mazovian Province Governor and the Head of the Office for Foreigners in October 2018 and February 2019, respectively, refusing to grant Lyudmyla Kozlovska a long-term permit to stay in Poland. “Following an analysis of the evidence provided by the head of the Internal Security Agency, the court has found that the evidence is ‘very general’, ‘laconic’ and ‘insufficient for a refusal decision’,” – we read on the website.

In the justification, the WSA judge-rapporteur pointed to the irrationality of the conclusions drawn by the Internal Security Agency. In its opinion, this body did not carry out a proper assessment, and the conclusions it made do not rationally derive from the information and evidence gathered.

According to the newspaper, the matter will go back to the Mazovian Province Governor. “On the basis of this court decision, this authority will have to grant a resident permit to the president of the Open Dialogue Foundation or to provide more credible reasons for its refusal to grant the permit applied for. Furthermore, the Head of the Office for Foreigners is free to make a cessation appeal to the Supreme Administrative Court,” the daily wrote. 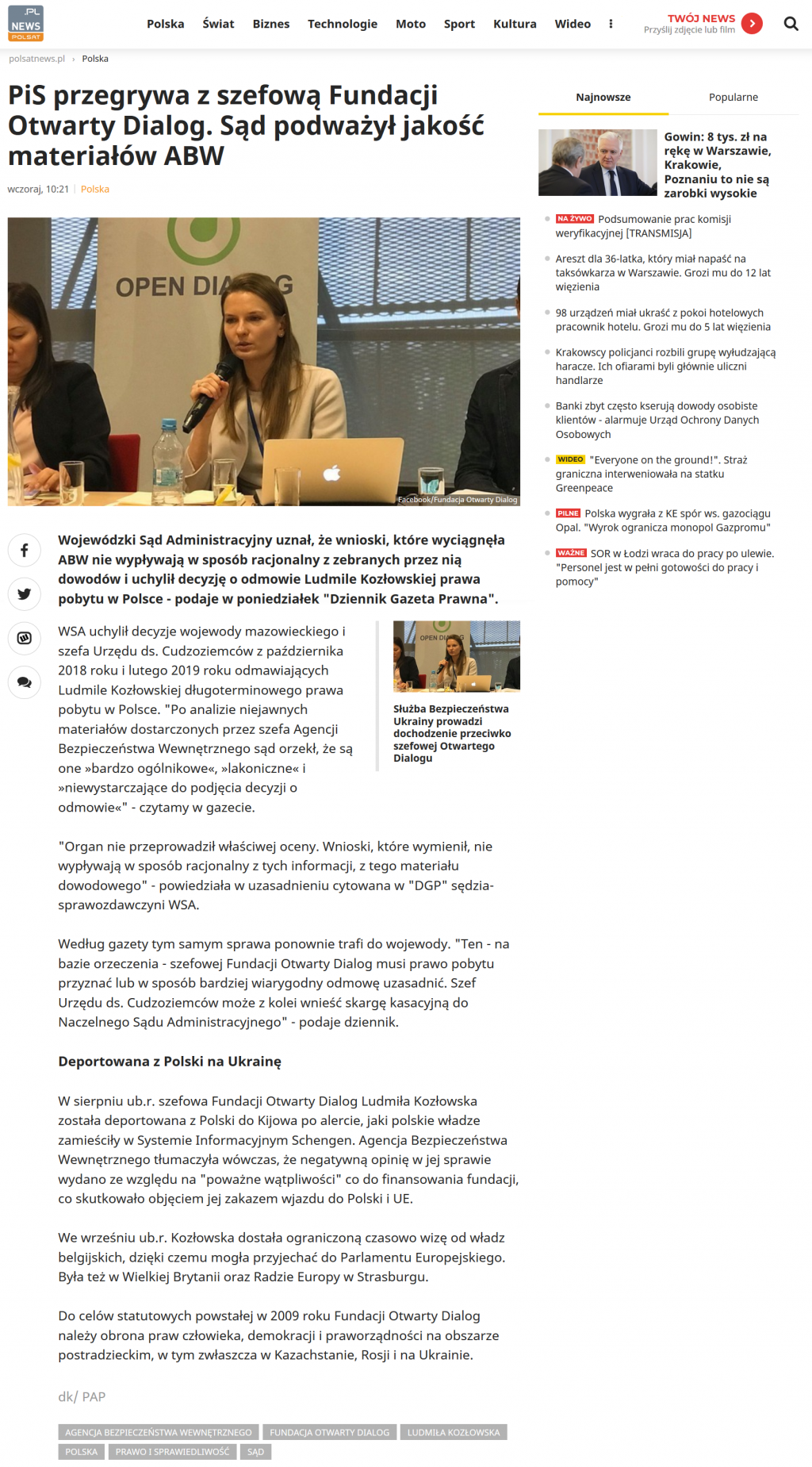