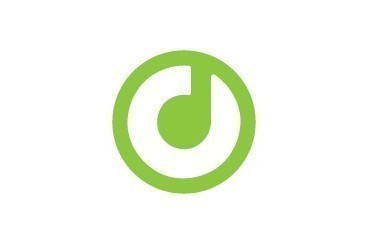 The Voivodeship Administrative Court in Warsaw has reversed the decisions taken by the Mazovian Voivode and the Head of the Office for Foreigners, refusing to grant Lyudmyla Kozlovska a long-term permit to stay in Poland. The two decisions were based on a secret opinion issued by the Head of the Internal Security Agency, which concluded that the president of the Open Dialogue Foundation was a threat to Poland’s state security. That opinion was also the basis for entering Kozlovska in the SIS, preventing her from entering Poland and the EU, which resulted in the president of the Open Dialogue Foundation being deported from Poland and the Schengen area on 14 August 2018.

The court examined the classified documents in the records of the matter and, without disclosing them to the public, found that the information contained the documents was “very general”, “laconic” and “insufficient for a refusal decision”. It said that the Internal Security Agency’s conclusions “were not reasonably based on the evidence gathered by the agency.” Therefore, the matter went back to the Mazovian Voivode, who will – as instructed by the court – have to either grant the permit applied for or provide more credible reasons for his refusal to grant it. The Mazovian Voivode is also free to lodge a cessation appeal to the Supreme Administrative Court.

The court’s decision is another favourable development for us in the matter concerning Lyudmyla Kozlovska’s deportation from Poland by the Law and Justice Party and the secret services supervised by Michał Kamiński. The first decision was made by Belgium, which granted her a permanent residence permit. This was followed by a Voivodeship Administrative Court’s judgment of 16 April 2018, which revoked the decision to enter Lyudmyla Kozlovska into the Polish list of undesirable foreign nationals and the SIS. Finally, our most significant victory was the deletion of Lyudmyla Kozlovska from SIS by Poland in June 2019, as it was forced to do under EU law.

We are grateful to our lawyers, Iza Banach and Joanna Koch, who represented us at today’s hearing, to our friend Joanna Cuper, and to all those who supported us from day one, for dealing with the matter with perseverance and success.

No representatives of the other party to the proceedings, i.e. of the Mazovian Voivode and the Head of the Office for Foreigners, were present in the courtroom. Although the deportation of Lyudmyla Kozlovska and the previous attacks at the Open Dialogue Foundation were accompanied by massive propaganda activities, Polish government agencies have been keeping their mouths shut in recent months.