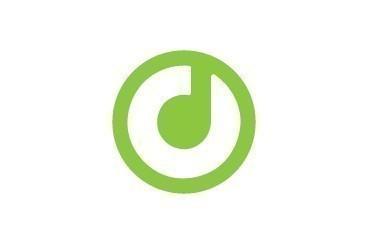 In light of the statement by Mr Usen Suleimen, head of the delegation of Kazakhstan at the OSCE HDIM, on 16 September 2019 during Working Session 1, attempting to dismiss the serious human rights violations in Kazakhstan – as summarised by our representative Mr Maksym Sytnikov – by defaming our foundation, we would like to briefly reply to Mr Suleimen’s deeply offensive accusations.

Instead of referring to the merit of the remarks raised by our colleague, Mr Suleimen insulted him, alongside the Open Dialog Foundation, as allegedly being paid by the Kazakh businessman and exiled oppositionist Mukhtar Ablyazov. That is obviously false. Our organisation issued several statements and rebuttals of the alleged relationship with Mr Ablyazov who, however quite instrumental to the development of the democratic opposition and civil society in Kazakhstan, has been prosecuted over his objection to the authoritarian power.

Mukhtar Ablyazov is the founder of the Democratic Choice of Kazakhstan (DCK) –  a leading, peaceful protest movement in the country – with its members constantly being subject to political persecution, as noted by the European Parliament and the U.S. State Department.

ODF has indeed included the case of Mr Ablyazov in its advocacy work in the past, especially in the context of preventing his extradition from France that was refused as politically motivated and potentially dangerous for his life in 2016. In the same year, our court dispute with the Polish weekly ‘Wprost’, which had claimed that ODF was financed by Ablyazov, ended with a correction statement published by the weekly that rebuked those allegations.

Apart from ODF, the same stance regarding the extradition of Mr Ablyazov was taken by Amnesty International, Human Rights Watch and numerous Members of the European Parliament.

Currently, we feel obliged to speak about the situation of the Kazakh civil society as we have received over 2 000 requests for help from prosecuted Kazakh citizens. Our reports cover hundreds of their cases. We have also been managing the social media platform #ActivistsNotExtremists dedicated to collecting information and providing assistance to victims of political prosecution, primarily the growing number of peaceful protesters in Kazakhstan.

Mr Suleimen furthermore seemed to inaccurately point out the vocal case of our president, Lyudmyla Kozlovska, and the attacks on ODF in Poland, carried out by the populist-nationalist government of the Law and Justice party. Once again, he distorted the fundamental facts.

In 2018 the Schengen Information System (SIS) was misused by the Polish authorities against our president Lyudmyla Kozlovska, who was labelled a threat to national security. As admitted by the Polish government representatives themselves, it was a precautionary measure triggered by her husband’s Facebook article on civil disobedience and ODF’s support for democratic opposition movements, struggling against the weakening of the independence of the judiciary in Poland.

After the entry ban having been de facto disregarded by several other EU states (Germany, Belgium, United Kingdom, France) and Switzerland as groundless, she has received a residence permit in Belgium. In April and September 2019, Polish courts ruled that the government’s decision to expel her was based on “vague” and “insufficient” information gathered by secret services and the conclusions drawn from it “could not have been reached rationally”. She was removed from SIS by Poland in June 2019, with the country being forced to do so under EU legislation. The prosecutor’s office is currently looking into possible abuse of power by the Polish authorities in their actions against ODF.

Should you have any further questions, please contact us: [email protected]