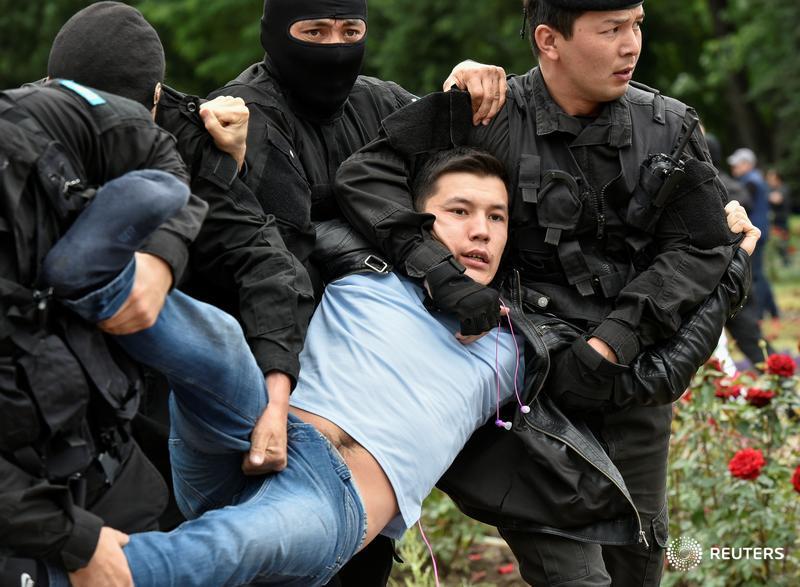 The Open Dialogue Foundation monitors cases of persecution during peaceful protests in Kazakhstan. This article contains the lists of persons detained and convicted from 1 May to 12 June 2019. The lists were compiled based on information from the Facebook group #IHaveAChoice #ActivistsNotExtremists, in which more than 1300 members report cases of persecution for participation or suspicion of participation in peaceful rallies. As of 3 July 2019, we have identified more than 1000 names of detained and arrested persons. However, the actual number of those detained and arrested may be several times higher. You can view the lists by clicking on the dates.

On 9 May 2019, 41 people were detained in 7 cities. Criminal proceedings were initiated against 3 of them. The list does not include 15 people who were prevented from leaving their homes and to whom officers tried to hand in summons.

The names of 688 people detained during the protests of 9 June 2019 are known. 445 of them were arrested. Among the detainees, there are 16 journalists, human rights activists, observers and lawyers. The largest number of people were detained and arrested in Astana – 453 detainees and 371 arrested, as well as in Almaty – 193 detainees and 70 arrested.

The details of 16 people detained during the protests on 12 June 2019 are known.