Search
The Open Dialogue FoundationNewsHate Speech as a Political Weapon Directed Against Independent Judges and Prosecutors in Poland: side event at OSCE HDIM 2019 in Warsaw 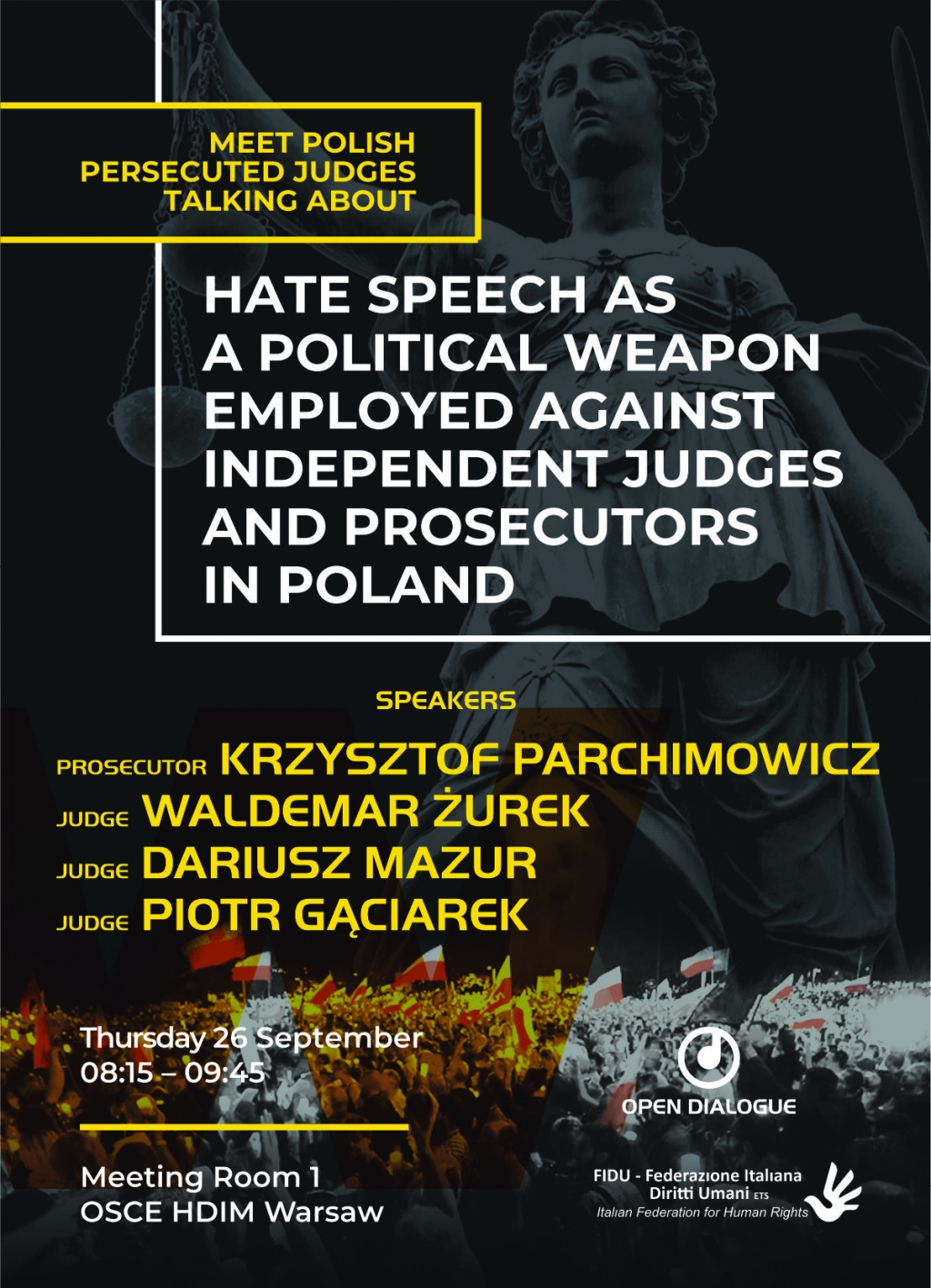 Destructive changes in the Polish justice system have been taking place since 2015. The Law and Justice government, particularly the Ministry of Justice are committed to completely politicize the judiciary and the prosecutor’s office. This happens not only via unconstitutional laws while ignoring the opinions of many European institutions and the Court of Justice of the European Union rulings, but also with an unprecedented, personal attack on judges and prosecutors who have been opposing these changes for two years now. They are being harassed by disciplinary proceedings, dismissed from their faculties and persecuted with Internet hate campaigns which – as has recently been revealed – are a part of a massive smear campaign initiated by close associates of Minister of Justice Zbigniew Ziobro.

Judges Waldemar Żurek, Piotr Gąciarek and Dariusz Mazur, as well as prosecutor Krzysztof Parchimowicz – the direct victims of the hate machine orchestrated at the highest levels of power – will speak at our event. They will present the hate campaign conducted against them by top executives of the Polish government. They will also talk about their personal experiences related to their collision with the increasingly authoritarian system. They will showcase the systemic destruction of the rule of law taking place in Poland that makes retaining their independence almost impossible when being subject to open persecution.

The event will be live-streamed on 26 September, 2019, from 8:15 till 9:45, on the web page of the Open Dialogue Foundation, on the foundation’s Facebook page and on the Facebook page of the Civic Network Television “Video-KOD”.

Read the report from the event