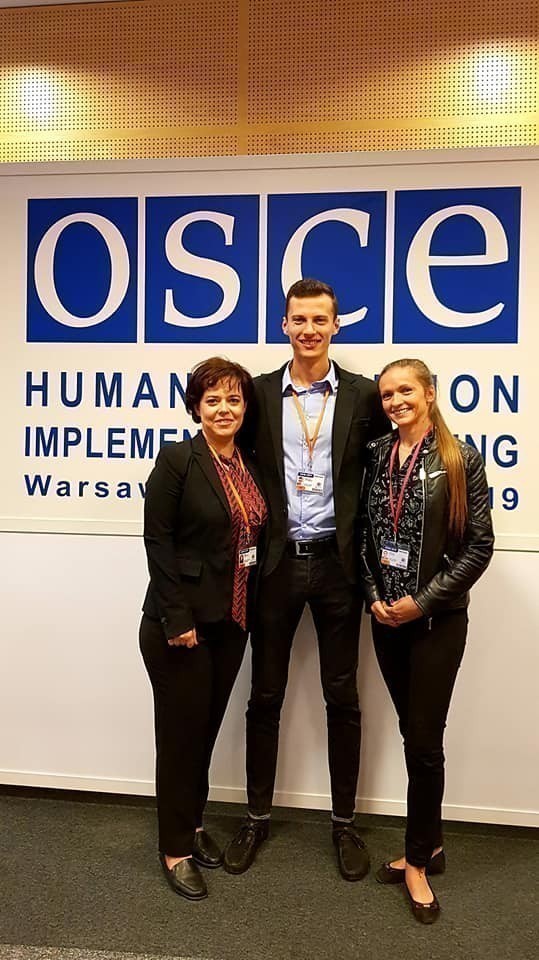 During the session on freedom of expression and media freedom our representative Maksym Sytnikov discussed the question of arbitrary detention and criminal prosecution of Kazakhstani journalists of Radio Liberty, Current Time and Uralsk Week, as well as the misuse of migration mechanisms against foreign journalists.

Continuing the discussion about the issue of freedom of information Sytnikov explained how Kazakhstani propaganda affects international fora and debunked the baseless accusations of the head of the delegation of Kazakhstan at HDIM 2019.

Xheni Dani, speaking during the working session on fundamental freedoms, including freedom of assembly and association, focussed on the worrying and increasing influence exerted by Chinese methods of repression, which are often “copy-pasted” in countries like Kazakhstan. Such measures include mass surveillance, arbitrary detentions and use of force against peaceful protesters, as well as abuse of extradition agreements and mutual legal assistance.

On the session regarding refugees Maksym Sytnikov stressed the problem of Ukrainian migration policy, baseless refusal of granting refugee status for asylum seekers from authoritarian countries, kidnapping and expulsion of such people from Ukraine.

In her statement on independence of judiciary our representative Joanna Cuper expressed concerns about pressure on judges by ruling party in Poland, as well as by national media. She presented some of the cases of prosecuted judges.

The issue of torture in Kazakhstan and Russian Federation was raised by Maksym Sytnikov during the session on prevention of torture. Our representative said that the authorities of these countries are trying to hide instances of torture in prisons, instead of investigating them.

Watch all the statements of the Open Dialogue Foundation during the OSCE HDIM 2019 on our YouTube channel.

Furthermore, during the HDIM 2019 session ODF has organised two side-events, on the influence of China’s repression techniques in the OSCE area and on the persecution of judges and prosecutors in Poland.