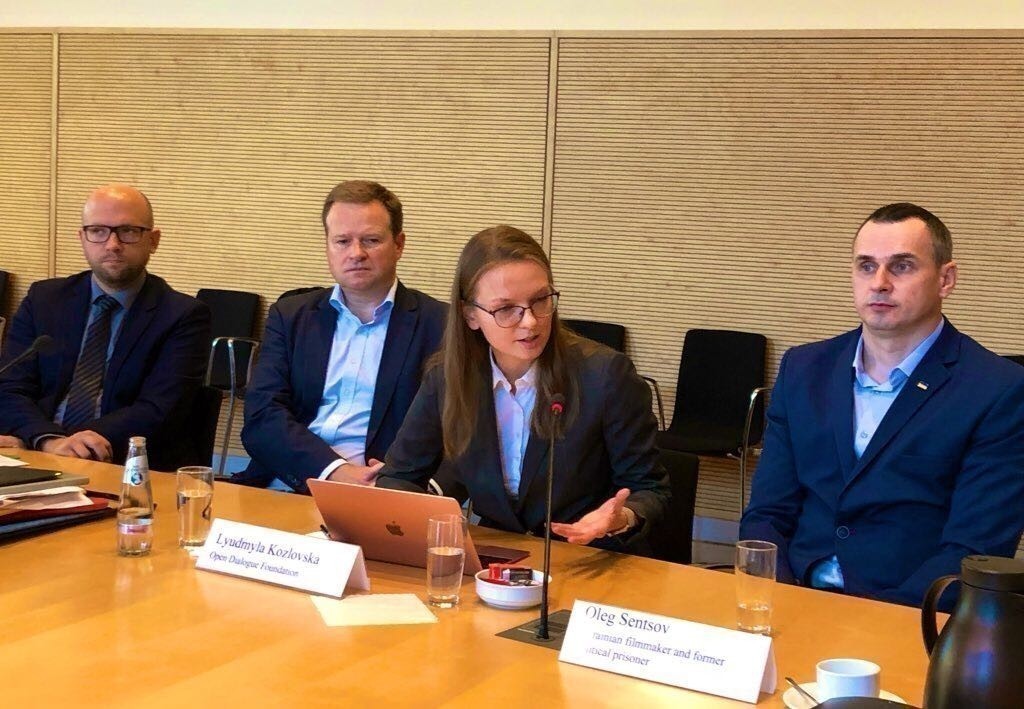 On September 26, Oleg Sentsov, Ukrainian filmmaker and former political prisoner gave his first speech abroad, in Berlin, after being released from Russian prison on September 7. Members of Parliament Frank Schwabe (SPD) and Manuel Sarazzin (Alliances 90/The Greens) welcomed Oleg and our delegation to a parliamentary event at the Bundestag under the title “Challenges for International Human Rights Mechanisms”. Alongside the Center for Civil Liberties (CCL) and the Italian Federation for Human Rights (FIDU) we discussed the effectiveness of international human rights mechanisms in the context of the situation in the Russian Federation, Turkey and Kazakhstan, and, particularly, each state’s capacity to comply with international obligations.

At the event and during bilateral meetings which took place between September 24-26, Members of the Foreign Affairs and Human Rights Committees and representatives of the German foreign ministry were updated by Oleksandra Matviychuk and Oleg Sentsov on the remaining cases of Ukrainian hostages illegally held by the Kremlin.

The issue of Kazakhstan’s non-compliance with the EU and UN recommendations was presented by Bota Jardemalie, Kazakh lawyer and sister of political prisoner Iskander Yerimbetov. Our Turkish guest, Oguzhan Albayrak, former diplomat and Executive Director of the Human Rights Defenders association explained how Turkey’s systematic disregard of the ECHR rulings undermines the institution.

Summing up, Antonio Stango, President of FIDU and Lyudmyla Kozlovska, President of ODF, presented their recommendations for the safeguarding of international human rights mechanisms.

In addition, artists and film directors gathered at the premises of the European Film Academy to greet Oleg Sentsov. German director Wim Wenders, who has been an active campaigner for the release of Oleg in the film industry, made a special address to welcome him in Berlin.

Watch the video recording of the event