Search
The Open Dialogue FoundationMedia about us“The time has come to pay for those attacks” – Onet.pl on the Foundation’s lawsuits against PiS

During a press conference on 11 October 2019, representatives and proxies of the Open Dialogue Foundation presented 20 lawsuits filed against pro-government politicians, journalists, activists and media organisations in connection with a “mass propaganda campaign” they were supposed to launch against the Foundation, the Onet.pl portal has announced.

Let us recall that the Foundation and its employees were the target of unprecedented attacks by the Polish government after the Head of the Foundation Board, Bartosz Kramek, during the July 2017protests in defence of the rule of law in Poland, published the article “Let the State Come to a Stop: Let’s Shut Down the Government!” on social media, calling for civil disobedience against the rule of PiS.

Numerous inspections, two attempts to take control of the ODF and the expulsion of President Lyudmyla Kozlovska from Poland and the EU were accompanied by attacks in pro-government media and by the politicians of the ruling party. “The representatives of the Foundation stated that some absurd allegations were made against them, including accusations of cooperating with Mossad and George Soros. (…) Now, as they say, the time has come to pay for those attacks.” 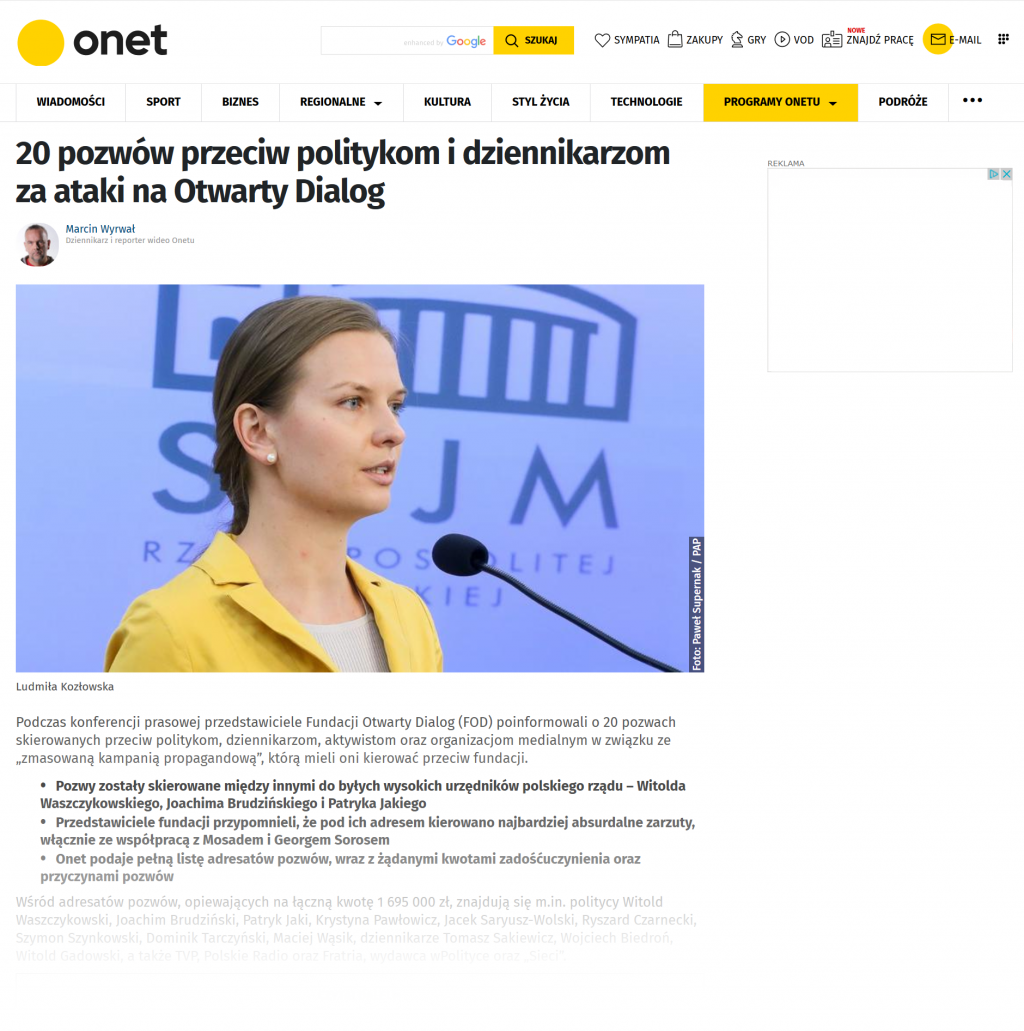 Read the full article on wiadomości.onet.pl