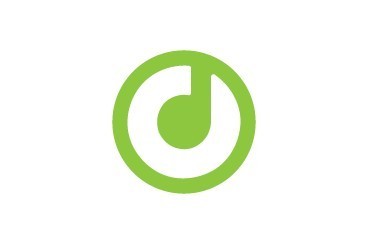 Iskander Yerimbetov, the Kazakhstani political prisoner and brother of political refugee Botagoz Jardemalie, is in a critical condition in a Kazakhstani detention facility. His lawyers and family members report that his health has deteriorated to a critical state. This is a consequence of the medical negligence and severe torture to which he was subjected in the two months following his arrest in November 2017. For one year, Yerimbetov was placed in solitary confinement and now finds himself in the correctional colony LA 155/14 in Zarechny (near Almaty),which is known for its systemic torture of prisoners.

In pre-trial detention, Yerimbetov was placed in a cell with convicted persons who severely beat him, including with a wooden stick given to them by a facility guard. Employees of the special services demanded that he testify against oppositionist Mukhtar Ablyazov and convince his sister to return to Kazakhstan to “cooperate with the investigation” in the Ablyazov case.

Yerimbetov’s health has rapidly deteriorated since 2018 and the political prisoner now suffers symptoms including constant pain in his veins and stomach, severe headaches and swollen legs. For months his family fought to obtain appropriate medical examination but all requests were unjustly refused by the detention centre. Eventually, at the end of September 2019, Yerimbetov was taken to a medical centre in Almaty where he underwent a full check-up.

Based on an MRI scan, he was diagnosed with a brain aneurysm in its most severe stage, which was most probably due to head trauma caused by beatings in detention. Aneurysm is a life-threatening condition that can result in stroke, causing permanent brain damage and, in the absence of proper medical care, death. Currently, Yerimbetov is suffering from severe headaches often accompanied by nausea, vomiting and loss of vision. In addition, he was diagnosed with pancreatitis, coronary heart disease, gliosis, damage to his neck and spine and other diseases that may deteriorate if not immediately treated in a clinical setting.

Yerimbetov’s health is in a critical condition as a result of prolonged inhuman treatment and beatings in the detention facility. In refusing to provide him with adequate medical treatment and swift hospitalisation, the Kazakhstani authorities are violating his human rights and the country’s international obligations towards the EU and the UN, particularly theUN Convention against Torture and its Optional Protocol.

Despite the numerous calls by the international community urging the Kazakhstani authorities to cease the torture and release him, Yerimbetov remains in jail after being sentenced to seven years’ imprisonment on politically motivated charges.

The Norwegian Helsinki Committee called upon Kazakhstan’s international partners to pressure Astana (now Nur-Sultan) to free and fully exonerate Yerimbetov and his co-defendants.

In 2018, the UN Working Group on Arbitrary Detention concluded that his arrest and detention were arbitrary, called for his release, and expressed concern at the allegations of torture during his pre-trial detention.

The European Parliament, in its resolution on the human rights situation in Kazakhstan dated 14 March 2019 called for the full rehabilitation and immediate release of Iskander Yerimbetov. Moreover, 17 US Senators urged President Tokayev to immediately release Yerimbetov and dismiss the charges against him. They further called on the President to investigate the torture claims and take appropriate measures against anyone involved in torturing him.