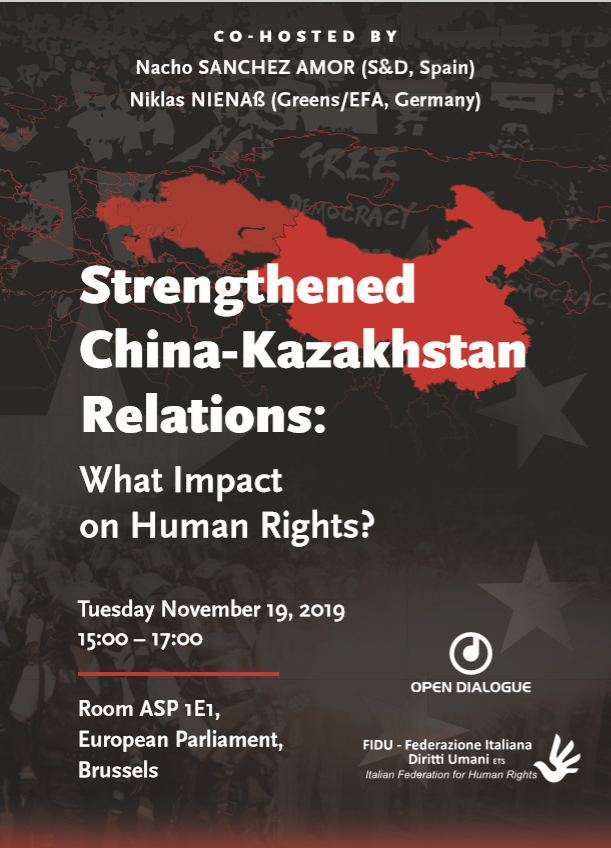 Since 2004, economic cooperation between Kazakhstan and China has been growing. President Xi Jinping’s announcement of the Silk Road Economic Belt in September 2013 made the economic ties between the two countries even stronger.

As Chinese investments intensify, economic interests prevail over human rights issues. This has led, over the past few months, to the resurgence of the anti-Chinese expansion sentiment, with people taking to the streets of Kazakhstan to protest against the country’s increasing dependence on China.

Despite the people’s demands, authorities in Kazakhstan have continued to sign deals with Chinese authorities and to repress peaceful protesters. In the wake of the mass Hong Kong protests this summer, worrying similarities in suppressing dissent in the two countries were noted (including internet surveillance, use of facial recognition technology, criminalization of peaceful assembly, mass arbitrary detentions and travel bans).

While presenting itself as led by a “new leadership”, committed to enhancing democratic values, Kazakhstan is not fulfilling its obligations regarding fundamental political freedoms and human rights. Moreover, for the sake of bilateral relations, Kazakhstan turns a blind eye to human rights violations committed against the sizeable Kazakh minority in China.Repeated appeals by international NGOs and organisations (including the European Parliament, the UN, the Council of Europe and the OSCE), seem to have remained unheard.

In light of this situation, what leverage can the EU use to seek improvement of the human rights situation in Kazakhstan?

To register, please send an email to [email protected]