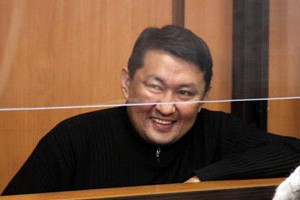 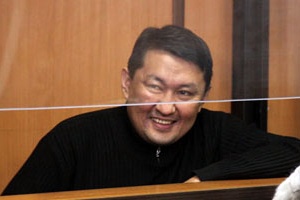 The special services of Kazakhstan have initiated a criminal case against Askar Moldashev, the brother of Daniyar Moldashev and publisher of the ‘Golos Respubliki’ newspaper. His counsel and relatives claim evidence has been fabricated and that he is a victim of blackmail carried out by the NSC.

Askar Moldashev was arrested on the 31st of October, 2012, when taking his child to school. During his detention, drugs were allegedly found in his pocket.

On the night of the 31st of October, 2012, special services promptly raided three apartments: the arrested Askar Moldashev’s, his brother Daniyar Moldashev’s, and their parents’. In addition, a search was conducted in Askar Moldashev’s personal car and in his cottage. No illegal items were found during the search.

On the 2nd of November, 2012, the Bostandyk District Court of Almaty ordered the arrest of Askar Moldasheva for two months, until the investigation is completed. It is noteworthy that at the same time the judge handed down a private ruling against the prosecutor of the Bostandyk District Court and the Head of Department of Internal Affairs of Almaty in connection with violations of procedural rules that were committed by investigators. In particular, the judge pointed out that the protocol of detention was drawn up late: Askar was arrested on the 31st of October at 8.20 a.m., and the police report was only completed at 01.30 a.m. on the 1st of November. The judge also pointed out that Moldashev was not provided with the possibility to call his family after his arrest. The judge also noted that on the 31st of October, when Askar was in the building of the DIA, he was visited by staff of the National Security Committee, who could have exerted moral pressure on him.

Askar Moldashev was charged with possession of drugs on a large scale for the purpose of distribution (Article 259, section 3, paragraph “v” of the Criminal Code of the Republic of Kazakhstan). The above mentioned article carries a punishment of 10 to 15 years’ imprisonment with confiscation of property.

The blackmailing of Askar Moldashev

On the 2nd of November, 2012, during his appearance in court, Askar Moldashev had a chance to talk with reporters for a few minutes. He presented some of the details of his detention. According to Askar, during his arrest, a plastic bag was put over his head, then his wrists and palms were covered with an unknown substance, and then something was forced in to the pockets of his jacket and trousers. Then, the bag was removed from his head, and the officers recorded the fact that a bag containing some substance had been seized, having been found on his person.
Askar Moldashev also reported that a person named Nurzan, a NSC officer approached him at the police station. He asked Askar Moldashev to work for the National Security Committee. His job would be to report information that came to the ‘Respublika’ newspaper, and to persuade his brother, Danyar Moldashev, to cooperate with the special services. Were he to agree, the criminal case against Askar would not be instituted. However, if he were to refuse to cooperate, his family may be in trouble.

According to Askar Moldashev’s wife, Tatiana Moldasheva, long before the arrest, her husband warned her against potential provocations against him or his brother. On the 23rd of October, 2012, Askar Moldashev wrote a letter of appeal to his friends and family. In the letter he said that on the 17th of October, 2012, he had a conversation with two members of the National Security Committee (Zhangazy Zhilkibayev and Baurzhan Kainbayev). They demanded that he persuaded his brother to cooperate with the special services and that he would report information that arrives at the ‘Respublika’ newspaper. Otherwise, they threatened to institute criminal proceedings under some articles on corruption or economic crimes, against Askar, and against his brother – on charges of financing extremism. “It is surprising that Daniyar and you are still free, while everyone else, including Kozlov, is in jail”, – the NSC workers said to Askar Moldashev.

According to the results of the examination, during the personal search of Askar Moldashev, aspirin powder and 27 ‘ecstasy’ tablets were found, and on the hand-wipe 0.0001 grams of ‘ecstasy’ was discovered. Inessa Kisileva, Askar Moldashev’s counsel, revealed some fundamental inconsistencies in the search protocol as well as in the opinions of experts. Namely, before the examination, the experts opened bags with clips and seals, while during the search the police had not used any clips or any seals. In the counsel’s view, it is also strange that at the moment of the arrest of Askar, they revealed a package with a white powdery substance, which eventually proved to be aspirin powder. For more than a century, aspirin has mostly been  consumed in tablet form.

Tatiana Moldasheva, Askar’s wife, reported that on the 31st of October, 2012, at approximately 9:00 p.m., the police broke into their apartment with a search warrant. The police were not perturbed by the fact that the apartment is inhabited by a small child, and that Tatiana is 5 months pregnant. According to Tatiana, during the search she noticed that a bag with white powder fell out of the investigator’s pocket. She indicated this fact to the investigator, and he picked up the bag. It is possible that there was an intention to plant the contents of the bag in the apartment.

Inessa Kisileva, Askar Moldashev’s lawyer, announced that her client’s health condition has recently deteriorated. “Now his blood pressure is 160 and the left side of his body is numb. On the day that he was arrested, his blood pressure was 190. The symptoms are very similar to those of a stroke victim. He was even taken to a heart disease unit, and now the issue of his transfer to the medical unit is being considered”, – said the counsel.

Many facts prove that the case against Askar Moldashev is politically motivated. The Open Dialog Foundation would like to draw attention to the violations in the preliminary investigation and the possible falsification of evidence. The NSC acted unlawfully during the arrest of Askar Moldashev and exerted pressure on the detainee in order to coerce him in to giving a false testimony against the independent newspaper.

The Open Dialog Foundation hereby demands that the Kazakh authorities ensure an open and fair trial in the case of Askar Moldashev and provide the defendant with the necessary medical care.

More on this topic:
Daniyar Moldashev