Search
The Open Dialogue FoundationNewsHas Kazakhstan changed? – A year after the shootings in Zhanaozen

On the 9th of October, 2012, in Warsaw, the European Parliament Information Office in Warsaw held a press conference entitled ‘Has Kazakhstan changed? – A year after the shootings in Zhanaozen’. The conference was dedicated to the court sentence handed down against the leader of the opposition party ‘Alga!’ V. Kozlov. Methods of influence on Kazakhstan by the European Union were also discussed. The event was organised by the Open Dialog Foundation.

Participants of the conference were: 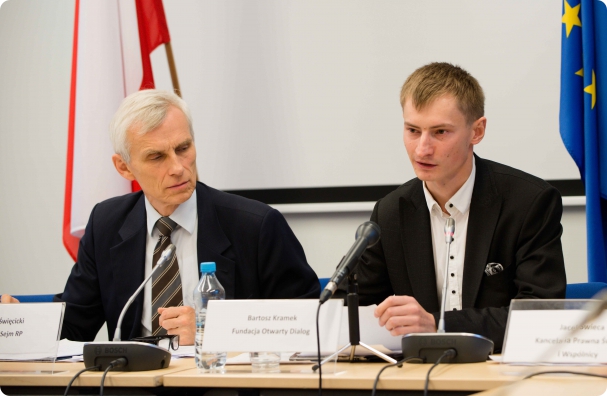