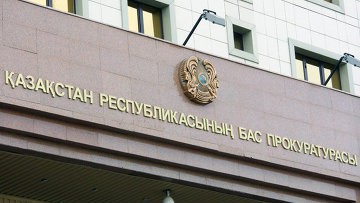 Kazakhstan: society criticises the draft of the new criminal law 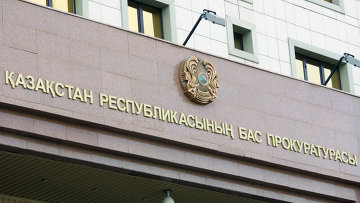 It is planned that on 1 January, 2014, Kazakhstan will introduce a new Code of Criminal Procedure. Currently, the bill exists only as a draft. Nevertheless, human rights activists and lawyers fear that the new criminal legislation will unreasonably enhance the powers of the police and create conducive conditions for violations of human rights.

One of the main objectives of the reform is the simplification of the criminal process in order to minimise the time between commiting of an offence and the handing down of a sentence by a court. In Kazakhstan, even the most minor offences may be investigated for months due to the complicated procedure of a criminal investigation. The developers of the new Code of Criminal Procedure suggest rejecting the stages of instituting a criminal case, pre-investigation and filing formal charges, and rather to immediately commence an investigation. According to the draft, it will be sufficient to present a report to the prosecutor, who must produce a bill of indictment, and if the case got to court, he must either convict or acquit a defendant. The draft of the new Code of Criminal Procedure was developed by the General Prosecutor’s Office of Kazakhstan. The Parliament will consider it in August 2013.

Many people in Kazakhstan don’t believe that the new Code of Criminal Procedure will solve the problem of crime in the country. Human rights activists and lawyers fear that the change of legislative acts will exacerbate the situation concerning human rights in Kazakhstan. According to Anuar Tugel, the President of the Union of Lawyers of Kazakhstan, the new Code of Criminal Procedure will untie the hands of law enforcement authorities, as investigators will be able to conduct searches in the absence of witnesses, as well as detaining and questioning persons without the presence of a lawyer. “A lawyer may enter into the process from the moment a person becomes a suspect, but before he is recognised as such, law enforcement agencies will conduct searches in his place of residence, seize property, examine witnesses and conduct examinations. In short, only one statement concerning a specific person may start a full criminal investigation and that person cannot acquire the assistance of a lawyer before he is recognised a suspect. I am convinced that the newly developed CCP limits the rights of a person to a defence”, – wrote Anuar Tugel on his Facebook page. According to the lawyer,Kazakh society must protest against the new Code in the version which is currently being promoted  by the General Prosecutor’s Office.

A similar opinion was presented also by Sergey Zlotnikov, the executive director of the civil foundation ‘Transparency Kazakhstan’. “I believe that the state agencies are introducing similar changes for their convenience. The concept of legal development includes the statement about the necessity to ensure the development of advocacy. This means that all amendments to the laws should be of a systemic nature. Unfortunately, we do not see such laws in Kazakhstan, “- said Sergey Zlotnikov. According to the human rights activist, all proposals for changes to the Code of Criminal Procedure should be presented for discussion to human rights organisations, the Human Rights Commission and independent experts.

The new Code of Criminal Procedure is directed not only against the interests of citizens, but also against the subjects of financial and economic activity. Members of the National Bar Association believe that the amendments overly expand the rights of criminal prosecution agencies, because the mere statement of the alleged offence will be sufficient for the investigative agencies to have the right to conduct searches, detain suspects, as well as to tap telephone conversations and seize property.

A Kazakh human rights activist Yevgeniy Zhovtis gave a comment to our Foundation concerning the situation with the adoption of the new Code of Criminal Procedure. In his view, the new law will pose a danger primarily to individuals. It will not endanger NGOs directly, as in Kazakhstan legal entities are not subject to criminal liability. The human rights activist also doesn’t share the optimism of those who believe that the new criminal legislation will solve the problem of crime in the country: “The problem is not so much in the provisions of criminal procedure law, but rather in their interpretation and implementation. Even the current CPC contains many good provisions, but the lack of an independent, impartial and lawful system of justice makes these provisions void”.

In recent years there has been a sharp increase in crime in Kazakhstan. Thus, according to statistics, throughout the first 8 months of 2012 (January to September) in the country, the number of crimes reported, compared to the same period in 2011, increased by 57.1%. At the same time, Kazakhstan recorded a deterioration of the situation with civil and political liberties. According to the report of the human rights organisation ‘Freedom House’ for the year 2012, Kazakhstan’s rating in the category of political rights was 6 points out of 7, while for civil liberties – 5 points. In order for a country to be considered free, the rate should be as low as possible.

The Open Dialog Foundation hereby warns the Kazakh authorities that the adoption of the new Code of Criminal Procedure in the reading suggested by the General Prosecutor’s Office will further deteriorate the situation with regard to civil liberties in the country. The problem of high levels of crime should not be solved at the expense of curtailing of human rights.