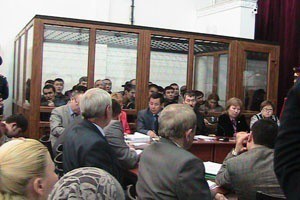 Court doesn’t acquit oil workers and residents of the village of Shetpe, convicted of participation in mass disorders on the 16-17 December, 2011 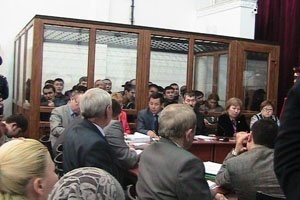 In Kazakhstan, sentences against participants of the tragic events in Zhanaozen and Shetpe village have been revised. As a result, only one prisoner was released under amnesty. The decisions of the appellate board in the case of the convicted oil workers as well as verdicts of the supervisory board in the case of the convicted residents of the Shetpe village did not meet the expectations of the public.

CASSATION COMPLAINT IN THE CASE OF THE CONVICTED OIL WORKERS

On 16 January, 2013, the Mangistau Regional Court rejected the cassation complaint of nine oil workers, convicted of the organisation of and participation in, mass disturbances in Zhanaozen.

Counsels Ardak Batiyeva and Alken Dosbolov represented the interests of nine convicted  oil workers: Marat Aminov, Nurlan Askaruly, Zharas Besmagambetov, Kanat Zhusipbayev, Tanatar Kaliyev, Murat Kosbarmakov, Bauyrazhan Nepes, Talgat Saktaganov, Shabdol Utkilov. The lawyers pleaded for clemency and the imposition of a suspended sentence. Counsel Alken Dosbolov stated: “The defendants did not plead clemency because they recognise that they committed illegal acts in Zhanaozen on 16 December, 2011, but because they regret that these riots occurred”. The court refused to pardon the convicts.

Let us remind ourselves that on 4 June, 2012, the Aktau City Court handed down a ruling in the case regarding the riots in Zhanaozen. Of the 37 oil workers who had been tried, three people were acquitted. 13 oil workers were sentenced to prison terms ranging from 3 to 7 years, 16 people received suspended sentences of 2 to 3 years in prison, and 5 were released under amnesty. In the trial of the oil workers, the prosecution repeatedly used the evidence of witnesses whose identity had been concealed due to their cross-examination being carried out online via Skype, using voice modifiers and aliases.

International observers recorded incidents of repeated exertions of physical and mental violence carried out against the arrested oil workers: beatings, suffocation, threats of rape and harm to their relatives. The court ignored the statements of the defendants concerning the use of torture and the coercion of perjury.

On 6 August, 2012, the appellate instance of the Mangistau Regional Court upheld the sentences handed down to the 12 convicted oil workers and only in the case of activist Roza Tuletayeva did the court reduce the sentence from 7 to 5 years’ imprisonment.Statements of Roza Tuletayeva give rise to a presumption that the sentence against her was reduced in exchange for her testimonies against Vladimir Kozlov. At the same time, the court ignored the mitigating circumstances, as well as all claims of violations of the Criminal Procedure Code in the course of investigation, which had been filed by the defence. The Court also dismissed the demand filed by Gulnar Zhuaspayeva’s counsel that a criminal case be initiated on charges of torture exerted in relation to the oil workers, convicted of involvement in the riots.

At the same time, on 6 August, 2012, appellate judicial panel overturned the decision regarding the confiscation of property of 5 convicted police officers involved in the shooting at protesters during the events in Zhanaozen on 16 December, 2011. There are reasons to doubt the justification of the upheld, severe sentences against oil workers especially given the more lenient verdict against the policemen who shot at them. It is worth noting that the police officers were convicted solely under Article 308, section 4 of the Criminal Code of the RK “Abuse of power or official authority” without additional qualification under Article 100 “Homicide committed in excess of measures necessary to apprehend the offender,” which would seem logical, given the acts which had been committed by the police officers.

Before the meeting of the appellate board, on 16 January, 2013, relatives had been hoping that the court would release not only those who had filed a cassation complaint, but also all the oil workers, convicted of involvement in the mass riots in Zhanaozen. The reason for these assumptions was the invitation of relatives of other convicted oil workers, connected to this case, to the cassation trial.

Now lawyers Ardak Batiyeva and Alken Dosbolev have declared that they intend to file a supervisory appeal with the Supreme Court of the Republic of Kazakhstan.

On 15 January, 2013, in Astana, supervisory instance in criminal cases of the Supreme Court mitigated the sentences against the three convicts in the case “of unrest in Shetpe”. Kazhimurat Avezov‘s prison termwas reduced from 7 to 4 years, and Gabiden Bahytzhan‘s and Yerzhan Mambetov‘s – from 5 to 3 years.In the case of Yerzhan Mambetov, amnesty law was applied and he was released from the courtroom.

Lest we forget that on 17 December, 2011, at the train station of the village of Shetpe, oil workers halted a passenger train and demanded an end to the shooting of civilians in Zhanaozen, the withdrawal of troops from the town and the restoration of the electricity supply and the mobile phone network. With placards in their hands, the oil workers made noise which conduced curious villagers to come out of their homes. Many villagers supported oil workers’ demands. Some of the residents of the Shetpe village went to the central square of the village. After 8:00 p.m., on 17 December, 2011, the police officers used firearms against demonstrators. In a panic, people began to disperse. People remaining in their homes say that the bullets were hitting the windows and furniture.

As a result of the clashes, 12 residents of the Shetpe village were injured. One person, a 29-year-old Torebek Tolegenov, was killed. According to Zhanibek Tolegenov, the father of the deceased, his son was a fire fighter who was called to the action on 17 December, 2011. But when passing by demonstrators, he stopped and started to calm everyone down so as to avoid the bloodshed and harm being caused to the children. After that, Torebek Tolegenov was killed by police gunfire. According to Zhanibek Tolegenov, documents regarding the death of his son were inconsistent. Regional examination confirmed that he died from a shot to the head, while the disctrict expertise read: “head injury, accident not connected with the fulfillment of professional duties”. Zhanibek Tolegenov filed appropriate statements to the regional and the General Prosecutor’s Office, but he received no reply.

As stated by residents of the Shetpe village, after the events of 17 December, 2011, the police officers conducted searches in their homes without any sanctions. They found no weapons, ammunition or other evidence which would prove that the riots had been premeditated. Wounded people were intimidated in order that they, too, would be convicted of involvement in the riots. During the first days after the riots, almost all the male residents of Shetpe were arrested

The Prosecutor’s Office initiated criminal cases against 12 residents of the Shetpe village on charges of organisation of, and participation in, mass disturbances. According to family members, the detainees were tortured, and the Main Department of Internal Affairs of the Shetpe village called the doctor to attend to the beaten detainees. But this doctor wasn’t summoned to the court as a witness, as he wasn’t listed as a staff member of the hospital. Verifications conducted by the General Prosecutor’s Office have not confirmed the cases of exertion of torture against detainees. On 22 December, 2012, the detainees were taken to the detention centre in Aktau and were remanded there in quarantine for 15 days. During this time, no lawyers or relatives were allowed to see them. Under pressure, they took the blame for the organisation of mass disorders.

On 21 May, 2012, the Aktau City Court sentenced four residents of the Shetpe village to prison terms ranging from 4 to 7 years, and one resident – to a suspended sentence of two years in prison. Six people were released under amnesty, and one was acquitted. According to eye witnesses, the witnesses at the trial were the very same police officers who identified defendants in old photographs. It should be noted that the dispersal of the demonstration in Shetpe took place in the dark. However, in court, the police officers who were examined as witnesses, stated that they had had to use force against the Shetpe residents because they were armed with bats. But police footage from the scene didn’t confirm this.

Relatives of the convicted Shetpe residents reported to the Open Dialog Foundation that the authorities completely falsified the charges, as residents hadn’t attacked the police and hadn’t, in fact, brandished bats or any other improvised weapons. On the contrary, the police had provoked and insulted the people gathered in the square.

Gabiden Bakhytzhan used towork as a music teacher, he is a group II disabled person and has five children. Nurzifa Anarkul, the wife of Gabiden Bakhytzhan, reports that on 17 December, 2011, he was in the square, where he was trying to calm people down, he suggested that they disperse in order to prevent bloodshed. This was confirmed by police footage, as well as by the testimonies of witnesses at the trial. On 19 December, 2011, the police arrested Gabiden Bakhytzhan. The detainee was tortured, and as a result of injuries he lost consciousness and was transported to the regional hospital in Aktau.
According Samal Aliyeva, the wife of Yerzhan Mambetov, on 17 December, 2011, he also was trying to calm the people in the square, at which point he was captured by police video cameras.

No meeting of the supervisory board of the Supreme Court has been held in the case of another Shetpe resident: Nurbolat Sabyrbayev, who has been sentenced to a prison term. The mother of the convict, Ainagul Bekibayeva, stated that he wasn’t in the square at the time when the police were firing on demonstrators. On 19 December, 2011, Nurbolat Sabyrbayev was arrested and beaten by police officers before his mother’s very eyes. The mother argues that the 23-year-old Nurbolat Sabyrbaev was identified by the police on by photo taken when he was in 9th grade. As a result, the court sentenced him to four years in prison.

On 19 July, 2012, in the Mangistau Regional Court held a hearing to consider the appeal, and on 5 September, 2012 – a cassation complaint filed by the convicted Shetpe residents. In both cases, the sentence was upheld. Only on 15 January, 2013, the Supreme Court, having considered the supervisory appeal, mitigated the sentences in relation to some prisoners. Nurlybay Izmagambetov, Kazhimurat Avezov‘s counsel, is dissatisfied with the decision of the court; he considers his client completely innocent and intends to file another supervisory appeal of his own accord to the Supreme Court.

Evidence confirms that the court trials in the case of oil workers and Shetpe residents were accompanied by gross violations of international fair trial standards. At the  pre-trial stage of the investigation, detainees were tortured. During the court proceedings, the testimonies of witnesses, dependent on the investigators, were considered; also, the court ignored the testimonies of the defence witnesses. The appellate courts did not pay attention to mitigating circumstances, and upheld the sentences. Relatives of the convicts gave evidence to support the fabrication of charges by the prosecutors.

During the court trials, the investigators labelled the strike of oil workers illegal and condemned their political defiance. This creates a precedent, when the protection of labour rights by citizens is illegal, and the expression of political dissent with the authorities becomes a criminal offense, subject to prosecution. Thus, the state is using the criminal law to combat civic activity and social dissent, making it impossible for citizens to protect their fundamental rights.

The Open Dialog Foundation hereby addresses the judicial authorities of the Republic of Kazakhstan with the demand that a comprehensive review of the supervisory appeals be carried out in accordance with international standards of fair trial. Recent high-profile court trials of oil workers, civil society activists, as well as of representatives of the opposition and the media are proof of the lack of an independent judiciary and the tightening of the regime in Kazakhstan.