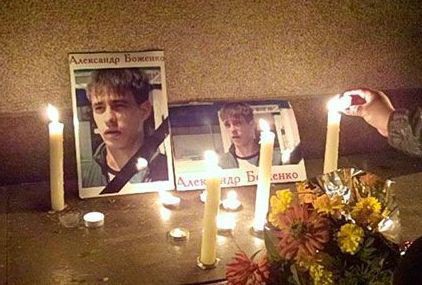 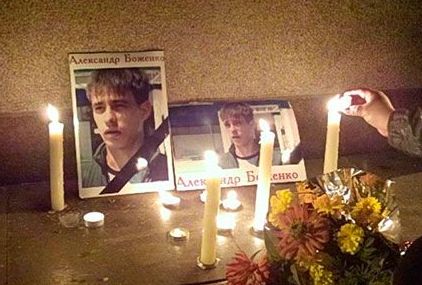 On 18 January, 2013, a court trial in connection with the assassination of Aleksandr Bozhenko, (one of the witnesses of the Zhanaozen events of 16 December, 2011,) came to an end. Many representatives of civil society in Kazakhstan as well as residents of Zhanaozen state that a “clean-up operation” has begun, with violence directed towards the witnesses of the Zhanaozen tragedy of 2011, as they are ‘inconvenient’ to the investigative bodies.

On 7 October, 2012, in Zhanaozen, a 23-year-old former orphanage resident, Aleksandr Bozhenko, was severely beaten. He was witness to the tragic events in Zhanaozen, who recanted his previous false testimony and made a statement pertaining to torture, exerted during the trial of 37 oil workers.  On 11 October, 2012, he died failing to regain consciousness, in the intensive care of the City Central Hospital.

The news of the death of Aleksandr Bozhenko was made public only after the speech of the human rights defender Galym Ageleuov at a press conference in Almaty on 15 October, 2012. At that time, the human rights activist announced that it was not known exactly when Aleksandr Bozhenko had died, but it was determined that the orphan had spent several days in intensive care.

The Department of Internal Affairs of Mangistau Province, issued an official press release regarding the murder of Aleksandr Bozhenko, only after it had become known publicly, i.e. on 16 October, 2012. The press release read: “On the 7 October, 2012, at 5:20 a.m., Aleksandr Valeryevich Bozhenko, born on 22 January, 1989, in Atyrau, place of residence:  Zhanaozen, ‘Arai-2’ residential district, Street No. 10, house No. 32, was taken by ambulance to the Accident and Emergency Department of the Zhanaozen Central Hospital”. The victim was diagnosed with “closed craniocerebral injury, brain contusion, contused wound in the right parietal region, level 3 coma”, and he was admitted to the intensive care unit of the Zhanaozen Central Hospital. On 11 October, 2012, at approx. 00:30 A.V. Bozhenko, who never regained consciousness, died in the intensive care unit”.

Law enforcement bodies quite quickly reported the crime’s detection. As early as the 16 October, 2012, the head of the Department of Internal Affairs of Zhanaozen, Amangeldy Doskhanov, announced to journalists that the assassination of Aleksandr Bozhenko was an act of hooliganism.  Two persons were arrested on suspicion of murder. “The two detainees claim that they beat Aleksandr Bozhenko for hooligan motives; first a skirmish between them took place, and then it turned into a brawl. Both suspects have been arrested and an investigation is being conducted”,– Amangeldy Doskhanov stated.Aleksandr Bozhenko was buried in Zhanaozen on 17 October, 2012. On the same day, in several cities of Kazakhstan and throughout Europe, civil society activists honoured the memory of the deceased.

On 8 January, 2013, the Zhanaozen City Court commenced the trial in the case of the murder of Aleksandr Bozhenko. Defendants Kuat Rzabek and Nursultan Toresh (both born in 1993) were charged under Article 103, section 3 (‘Intentional infliction of serious bodily injury resulting in death’) and Article 179, section 3 (b) (‘Robbery committed with the rendering of grievous bodily harm, resulting in death’) of the Criminal Code of the RK. At the trial, the victim was represented by Aleksandr Bozhenko’s brother, Viktor, and his lawyer Venera Sarsembina.

Observers reported that the hearing was conducted at a rapid pace. The judge reviewed the case in just four hours: the accused, the witnesses and the forensic expert were cross-examined in a hurry, and so were the considered case materials, which consisted of four volumes.

The suspect Kuat Rzabek relayed his version of the events: “I was returning from a friend’s wedding, it was three o’clock in the morning, I was drunk, and I decided to call at the ‘Yrys’ shop in order to buy mineral water. I called Nursultan and asked him to come to the shop, in the shop the saleswoman told me that I was short of 50 tenge. I asked her to count again, and she gave me back the money and requested I pay an additional 50 tenge. I objected, I said that I had given her a sufficient amount of money. At that moment Sasha (Aleksandr) came in. He nonchalantly threw 50 tenge in my direction, and said that he would pay the missing amount of money for me, and he told asked me not to pick on this woman. His behaviour made me furious. I told him to take his money back. A dispute developed between us, at which point Nursultan came into the shop. After he and I went out, I said that I wanted to take revenge on Bozhenko for him throwing me 50 tenge. I waited with Nursultan until Bozhenko exited the shop, and then I stopped him. Nursultan punched him in the face and he bent double from the blow. When he straightened up, I kicked him and he fell down. We kicked him a few more times, and then I hailed a taxi, we dragged Bozhenko into it and took him to school No. 19”.

A similar testimony was given by the second defendant, Nursultan Toresh, during the cross-examination. He also added that Aleksandr Bozhenko was drunk, and that’s why he provoked the conflict.

Forensic Medical Expert, Askar Moldabekov stated that no alcohol was detected in the bloodstream of the deceased. The death of Aleksandr Bozhenko was caused by trauma to the head sustained by the use of a blunt object. Also, outer incised wounds were present on his body.

As it transpired, several persons witnessed the incident, but not one of them made any attempt to stop the battery of Aleksandr Bozhenko.

On 17 January, 2013, the court held oral arguments. The state prosecution claimed that the defendants’s guilt in the process has been proven undoubtably, but the prosecutor requested that the charge under Article 179, section 3 (b) (“Robbery committed with the rendering of grievous bodily harm, resulting in death”) be reclassified as a deed, stipulated in Article 178 (a-b) (“Pillage”, “Robbery, committed by a group of persons, preceded by previous concert”).

The accused admitted their guilt in part. The representative of the victim, Venera Sarsembina, taking into consideration the position of her client, Viktor Bozhenko, requested from the court that the defendants not be deprived of liberty. As explained by the lawyer, relatives of one of the defendants, Kuat Rzabek, gave Viktor Bozhenko a certain amount of money as an indemnification for moral damages, and asked his forgiveness. In turn, Viktor Bozhenko forgave both defendants and requested that the court elect not isolate them from society.

The reaction of the public

Even before the trial began, there had been little doubt that the criminal case would be conducted according to a premeditated scenario and that the guilt of the suspects would be proven as soon as possible.
The official version of the death of Aleksandr Bozhenko has not been perceived by the general public as a true one. In particular, Zhanaozen residents, who live in fear every day due to the potential of reprisals being carried out against them, (as they also witnessed the Zhanaozen events to varying extents) do not believe in the story of a hooligan robbery. Asem Kenzhebayeva, the daughter of the deceased Bazarbay Kenzhebayev, told journalists that she has repeatedly received telephone threats. After the assassination of Aleksandr, she began to fear for her life: “He testified truthfully in court, and he himself said that one day they were going to come and take him. And that’s what has happened: they killed him. And what if they kill another person? Why should a person die for the truth? What if something happens to me tomorrow? I have no idea to whom I should address my concerns”.

As a witness of the Zhanaozen events, Aleksandr Bozhenko was inconvenient and dangerous to the authorities for several reasons:

According to human rights activist Asel Nurgaziyeva, the Zhanaozen locals still harbour many secrets, which if made public, could produce an effect, similar to the reaction to the video footage (the video footage which shows the shooting of civilians during the demonstration in the square in Zhanaozen) of the user under the pseudonym ‘saule540’. The human rights activist who now represents the rights of relatives of the Zhanaozen people who were shot by the police, believes that the murder of Aleksandr Bozhenko may be just the tip of the iceberg: “Aleksandr could have become a key witness in the forthcoming processes related to the revision of the so-called “case of 37 oil workers”, in which, undoubtedly, the problem of forcing people to give certain testimonies will be raised. And I am sure that this judicial process will be conducted. Evenlawenforcementofficials believe that such adjudication is going to take place”.