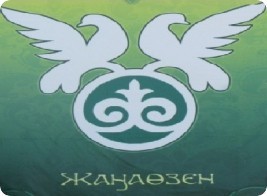 On 16 December, 2012, as Kazakhstan society commemorated victims of the sanguinary events in Zhanaozen of 16-17 December, 2011, a national holiday: Independence Day of the Republic of Kazakhstan, was being celebrated simultaneously. Despite the appeals of the public not to hold the celebrations on the anniversary of the tragedy, Independence Day was celebrated in almost all regions of the country. The authorities have not announced a national day of mourning to remember the Zhanaozen victims and further more, they obstructed the activities related to the Zhanaozen events.

Memorial events for the victims of Zhanaozen and Shetpe started a few days prior to the anniversary of the tragedy. On 9 December, 2012 in the village of Tenge Auliye, near Zhanaozen, the Zhanaozen oil workers organised a memorial feast to honour the deceased. The number of those present at the feast exceeded one thousand people. Delegations came from different cities of Kazakhstan: Almaty, Astana, Atyrau, Aktobe and Uralsk to express their condolences to the Zhanaozen residents. Representatives of the authorities, present at the memorial feast, were the chairman of the ‘KazMunaiGaz’ Lyazzat Kiinov and the Akim of Zhanaozen, Serikbay Trumov.

In Zhanaozen, all official events related to the celebration of Independence Day, were cancelled. On 16 December, 2012, the central square of the town, where in 2011 the shooting of the demonstrating oil workers had been carried out, was deserted. Along the perimeter of the square, policemen were standing with dogs. There were few pedestrians in the street, and even the sparse passers-by avoided the area of the square.

At the initiative of the Kazakh public figures and civil society activists, events devoted mainly to the Zhanaozen tragedy and its aftermath have been organised.

On 13 December, 2012, a ‘round table’ entitled: “Zhanaozen: the assessment of events one year later”, was held in Almaty. The event was conducted with the support of the ‘Amansaulyk’ Civil Foundation.    The ‘round table’ was attended by civil society activists in Kazakhstan. Representatives of government agencies had also been invited to the debate, but they chose to decline the invitation and possibility of participation in the ‘round table’.

On 16 December, 2012, in Almaty and Karaganda, civil society activists and politicians laid flowers at the monument to local victims of political repression. In this way they paid tribute to the victims in Zheltoksan and Zhanaozen,. On 17 December, 2012, in Almaty, under the auspices of the ‘Azat’ opposition party and the ‘Zhas Alash’ publishing house, a commemorative meeting, devoted to the events of December 1986 (‘Zheltoksan’) and Zhanaozen events of 2011 was held. The event was attended by several hundred people. Among those present were opposition politicians: Zauresh Battalova, Mukhtar Tayzhan, Bolat Abilov, Rysbek Sarsenbay, as well as intellectuals and civil society activists. Participants of the commemoration meeting stated that the Kazakh authorities ought to admit their guilt for the shooting of oil workers who were peacefully demonstrating in December 2011.

The Zhanaozen tragedy was also widely covered in the independent media in Kazakhstan. Throughout the entire day of 16 December, 2012, the channel ‘K+’ aired a telethon, marking the anniversary of the events in Zhanaozen.

Incidents of preventing activists from conducting the activities related to the anniversary of the tragedy in Zhanaozen by the authorities have been reported. On 14 December, 2012, workers of the police, the akimat and the National Security Committee seized two thousand copies of information bulletins, devoted to the tragic events in Zhanaozen and Shetpe from activists of the Socialist Movement of Kazakhstan. Two activists, carrying the newsletters, have been arrested by the police. On 15 December, 2012, a civil society activist, Bakhytzhan Toregozhina, was incarcerated for 15 days for allegedly distributing leaflets with an invitation to an unauthorised rally to be organised on the commemoration day for the victims of Zhanaozen. The reason for the arrest was a denunciation of an activist of the ‘Youth Parliament of Kazakhstan’, Samat Smagulov, whom the judge refused to summon to the court.

On 14 December, 2012, on the eve of the anniversary of the tragedy in Zhanaozen, the Human Rights Foundation addressed a letter to President Nursultan Nazarbayev, in which it called for the release of the opposition leader Vladimir Kozlov from prison and for the cessation of the oppression of independent media outlets. According to Thor Halvorssen, the president of the Human Rights Foundation, “the Zhanaozen tragedy marks a new wave of violations and abuses of human rights principles, committed by the authoritarian government of Nazarbayev”.

Official authorities didn’t acknowledge their guilt in the tragedy and by all possible means they have avoided commenting on the events in December 2011. No day of mourining has been appointed to commemorate those who died in Zhanaozen and Shetpe, although it was demanded by the Kazakh society. In his annual message to the nation, issued on the Independence Day of Kazakhstan, President Nursultan Nazarbayev did not utter a single word about the Zhanaozen tragedy.

Lest we forget that on 16 December, 2011, in Zhanaozen, Mangistau Province, the police dispersed a peaceful demonstration of oil workers of the ‘OzenMunaiGaz’ and their family members. On 17 December, 2011, in the village of Shetpe, Mangistau Province, residents halted a train en route to Aktobe from Mangyshlak, and demanded an end to the use of weapons against the strikers in Zhanaozen. The police opened fire on the villagers. Officially, the number of those killed as a result of events of 16-17 December, 2011 was 17 people, and those wounded – 108. However, according to journalists and activists, the number of casualties amounted to a few dozen people.

Kazakh and Western human rights activists noted a significant deterioration of the situation with human rights in Kazakhstan. On 10 December, 2012, at a press conference in Almaty, Kazakh human rights defenders Denis Dzhivaga, Tatiana Zinovich and Seitkazy Matayev listed all major human rights violations over the last year in Kazakhstan: the shooting of peaceful demonstrators in Zhanaozen and the subsequent court trials of the participants in those events; obstruction of journalistic activity; the threatening and attack of journalists; the closure of independent media; and the torture of prisoners.

According to Thor Halvorssen, the president of the Human Rights Foundation, the level of observance of human rights in Kazakhstan suggests that this country is not a “young democracy”, but rather ‘an old dictatorship’. Thor Halvorssen claims that the Kazakh authorities use the expensive services of Western public relations companies and lobby groups in order to hide the human rights problems and to maintain their positive image in the eyes of the international community.

On 25 December, 2012, at approx. 7:00 p.m. near Shymkent, a military transport aircraft AN-72, owned by the Border Service of the National Security Committee, crashed. The plane was flying from Astana to Shymkent. 27 people were on board: 20 representatives of border troops and seven crew members. All passengers and crew members were killed. Among the dead was Colonel Turganbek Stambekov, who served as a director of the Border Guard Service.

An inter-agency investigative team has been established in order to determine the cause of the crash. The team included investigators and employees of the prosecutor’s office, national security and internal affairs agencies, as well as specialists from Ukraine. The investigative commission confirmed that the plane was attempting to land in adverse weather conditions. On 26 December, 2012, at a meeting with the heads of government agencies and security services, President Nursultan Nazarbayev suggested that the plane crashed due to a combination of tragic circumstances resulting from adverse weather conditions. The President ascertained that the plane had been properly functioning, and the pilot was experienced. 27 December, 2012 was announced byN. Nazarbayev as national day of mourning.

In connection with the incident, the Shymkent Garrison Military Prosecutor instituted a criminal case under Article 392 of the Criminal Code of the Republic of Kazakhstan: “Violation of flight safety rules or flight preparation rules”.

On 11 December, 2012, the Analysis Centre for Security Programmes held a ‘round table’ in Almaty, during which contradictions of the elite which manifest themselves in social conflicts, were considered the main factors, threatening the development of Kazakhstan. According to Talgat Mamyrayymov, the head of the Centre for Security Programmes, all the big events in Kazakhstan, including the tragic events in Zhanaozen, were connected with the deterioration of relations between the elites, so it is the very nature of their relationship that the future of the state is dependent on. Among other important risks for Kazakhstan, the analysts named closeness of the process of public decision-making, a substantial increase in the role of the security forces, as well as the crisis in the social sphere, causing protests among society.

The authorities have again considered the issue of renaming of individual towns and cities, which may be politically motivated. On 11 December, 2012, activists of the civil society association ‘Ekho Zheltoksana’ (‘Zheltoksan’s Echo’) appealed to the public and to the lower house of parliament with a proposal to rename the capital, Astana, and to name it after the first President Nursultan Nazarbayev. The chairman of the Association, Tolegen Alzhan, explained the decision by the high merits of Nursultan Nazarbayev with his acts carried out in the interests of the people of Kazakhstan.

Lest we forget that in October 2012, most of Zhanaozen residents opposed the initiative to rename their town ‘Becket-Ata’, as they believe that in this way the authorities were trying to erase the memory of one of the most tragic events in the history of the country. On 10 December, 2012, the Akim of Zhanaozen, Serikbay Trumov said that the town would not be renamed because the residents didn’t support the proposal.