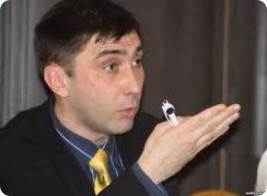 On 7 December, 2012, the Specialized Interdistrict Criminal Court of Zhambyl Province accused a prominent human rights activist: Vadim Kuramshin of extortion and sentenced him to 12 years in a strict regime prison with confiscation of property. The previous jury acquitted Vadim Kuramshin, but by the decision of the appellate court, the case was sent for reconsideration. Lawyers pointed to serious violations, committed during the course of the trial. According to human rights defenders, Vadim Kuramshin is a prisoner of conscience and was convicted because of his active human rights activity.

Prosecution began against Vadim Kuramshin on 23 January, 2012, when he was arrested on charges of extortion. The accused claimed that the case was completely fabricated. After 25 days of the trial, on 28 August, 2012, a jury reclassified the allegation against Vadim Kuramshin from “extortion” to “arbitrariness”. On the same day, the human rights activist, was sentenced to 1 year restraint of liberty and was released from the courtroom. But on 31 November, 2012, the Board of Appeals of the Zhambyl Province Court overturned the acquittal against Vadim Kuramshin, and subsequently, the defendant was arrested again.

Vadim Kuramshin’s arrest was carried out shortly after his return from Warsaw, where he had given a speech at the OSCE Human Dimension Conference, where countries’ obligations in the field of human rights observance were discussed. At the same time, the ambassador-at-large of the Ministry of Foreign Affairs of Kazakhstan, Usen Suleimenov, gave assurances that the authorities wouldn’t arrest the human rights activist after his return from the OSCE conference.

Iskander Alimbekov, a counsel, stated that after the arrest, Vadim Kuramshin was placed in a cell with already convicted persons who started to provoke him into a conflict. After numerous threats from the convicts, sent especially to Vadim Kuramshin, on 1 November, 2012 he made an attempt to sever his veins, after which he was transferred to the city of Taraz, Zhambyl Province, where he faced trial.

The counsels insisted that the trial should not have begun until the cassation complaint filed by Vadim Kuramshin had been considered. He had filed an appeal against the court’s judgement on the reversion of the previous verdict. But the judge Nurmukhammat Abidov refused to grant the motion for consideration to be given to his cassation complaint.

Observers and human rights defenders say that the verdict against Vadim Kuramshin is disproportionately severe, and the trial was held with gross procedural violations and in an explicitly accusatory manner. The trial took place over the shortest possible time, the judge rejected all requests made by the defence, key witnesses were not cross-examined, and oral arguments and sentencing took place in the absence of lead counsel Raziya Nurmasheva. On 21 December, 2012, Raziya Nurmasheva filed an appeal against the court’s decision, but the prison authorities refused to allow a lawyer to meet with his client on the grounds that the judge allegedly struck her off from the case.

The trial was held from 20 November, 2012 to 07 December, 2012, and was not fully open because Judge Nurmukhammat Abidov banned the possibility of capturing audio, photos and video footage of the trial.

Oral arguments and sentencing took place in the absence of Vadim Kuramshin’s lead counsel – Raziya Nurmasheva. She could not be present in court and she requested in writing, in accordance with the law, that the hearing be postponed. Iskander Alimbekov, Vadim Kuramshin’s second counsel could also not attend the trial, and still, as he claims, the judge called him several times, aggressively demanding that he come to court. In the courtroom, Vadim Kuramshin stated that Iskander Alimbekov alone cannot protect his interests, as he doesn’t have enough experience. Taking into consideration his client’s wish, Iskander Alimbekov intended to leave the room. The judge forbade the lawyer from leaving the room, and as a result, a skirmish between them occurred. Eventually, Iskander Alimbekov left the room, and the court appointed a public defender for Vadim Kuramshin, but the defendant refused to use his assistance. Despite the absence of half of the witnesses, Judge Nurmukhammat Abidov held oral arguments of the parties and the jury announced the guilty verdict.

This rather ambiguous conduct of the judicial proceedings and the subsequent harsh sentence against Vadim Kuramshin caused outrage among public opinion in Kazakhstan and throughout the world.

On 7 December, 2012, Svetlana Sazonova and Oksana Vavulidi, citizens of Kazakhstan, who were jurors at Kuramshin’s previous trial, issued a statement to the High Commissioner for Human Rights and to President Nursultan Nazarbayev. The jurors claim that Vadim Kuramshin became a victim of arbitrary law enforcement, regulatory and judicial bodies, and the previous proceeding fully proved the innocence of the defendant, so issuing a verdict under the Article on ‘arbitrariness’ “in the present situation would have caused the least harm to Vadim Kuramshin”.

In the comment for the Open Dialog Foundation, a well-known Kazakh human rights activist Yevgeniy Zhovtis assured us that the trial court examined the entire evidence of the case, and the jury had sufficient evidence to reclassify the charge from the article on ‘extortion’ to the article on ‘arbitrariness’. According to Yevgeniy Zhovtis, it is difficult to accept that other jurors in the second trial were presented with sufficient additional evidence allowing them to hand down such a harsh verdict.

Andrew Tsukanov, the coordinator of the Committee for the Protection of Vadim Kuramshin reported that the trial had been conducted with serious violations, and the judge was personally involved in punishing the human rights defender with a lengthy prison term.

Vadim Kuramshin’s arrest, which took place immediately after his speech at the OSCE Conference on torture in the prisons of Kazakhstan, and a hasty trial of the human rights defender, only confirm the political nature of the order.

The Open Dialog Foundation hereby urges:
• The Specialised Inter-district Criminal Court in Zhambyl Province to consider the appellate complaint filed by the human rights defender Vadim Kuramshin and to take into account the previous verdict of the jury;
• International human rights organisations and the governments of democratic states to send their observers to the forthcoming appellate trial in order to ensure maximum transparency and objectivity of the trial.

Previously, Vadim Kuramshin had also been oppressed by the Kazakh authorities for political reasons. After the publication of an article in the opposition newspaper in September 2006, he was sentenced to 3 years and 10 months in prison, having been convicted of slander. The human rights activist has repeatedly reported that he had been subjected to torture in prisons of Kazakhstan and he has been predominantly involved in attracting public attention to human rights violations in Kazakh prisons. According to Zhanna Baytelova, Kuramshin’s fiancée, security officials repeatedly offered him bribes and threatened him with physical violence in an attempt to force him to give up calling on people to unify in the fight for the protection of prisoners’ rights in Kazakhstan.