“My name is Lyudmyla, I’m a pianist. I don’t know what day of the week it is, time has stopped for me. All I really want is to get back to my husband and son, whom I left behind when I ran away with my daughter and granddaughter. Back in Ukraine, there is a rocket […] 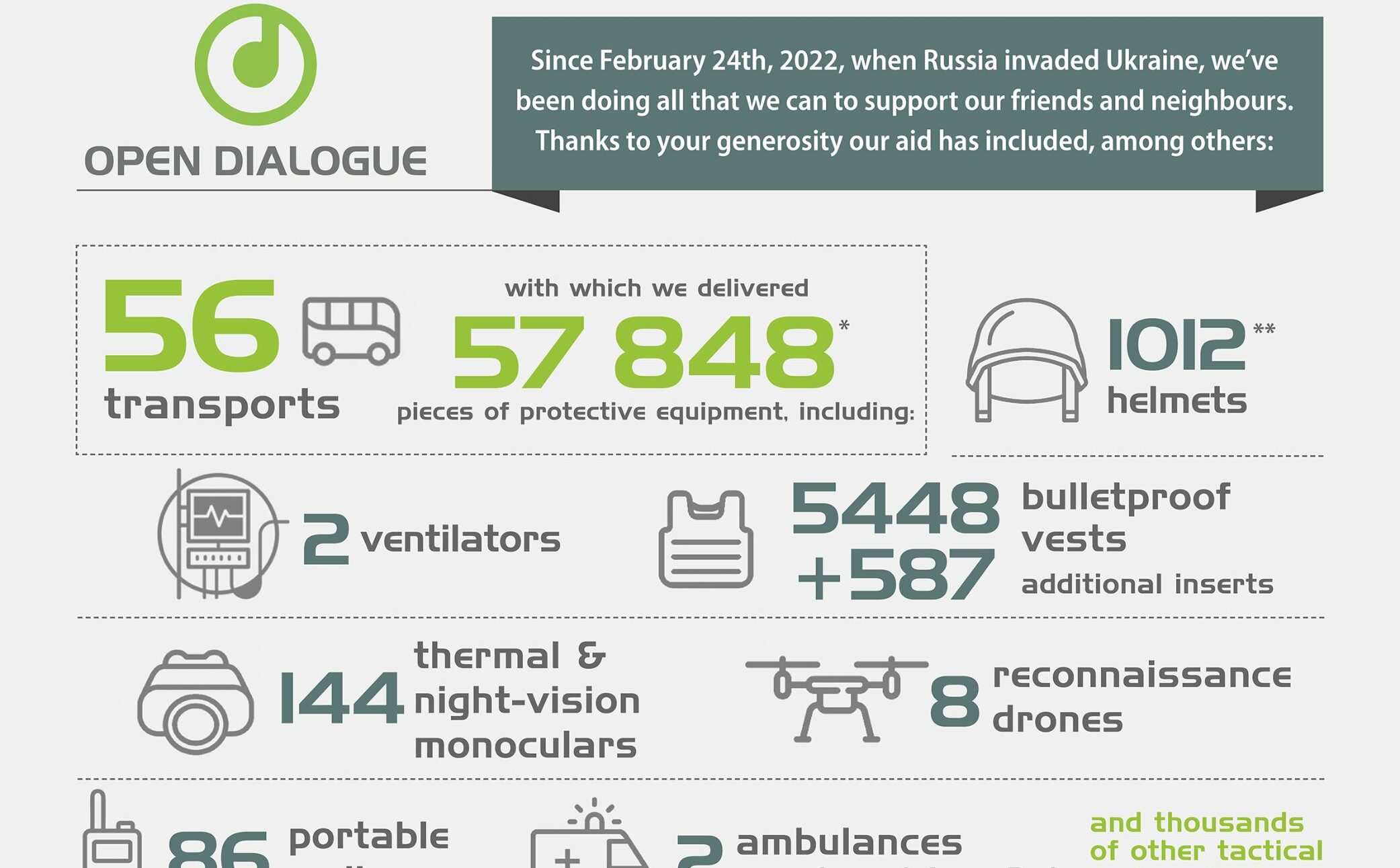 It’s been over 3 months since we launched our Ukraine support campaign, helping both those who had to leave their homes and those who stayed to fight. Check out what we’ve accomplished so far thanks to your generosity! In 3 months we’ve delivered 57 848 pieces of protective equipment to Ukraine, including: – 5448 bulletproof […] 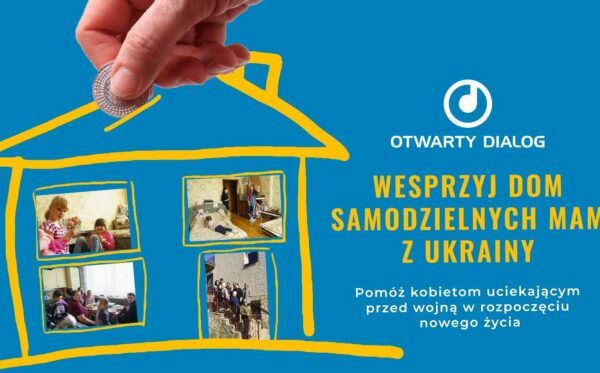 Learn the stories of refugee women told by Polish sisters and help us support the Home for Independent Mums The first Homes for Independent Mums are beginning to bustle with life – a whole new life for their residents. The small commune of Chynów in Grójec District and a flat on Ujazdów Avenue in Warsaw […]

While some of them go to work, those who are still looking for jobs take care  of kids. They make a big shopping list once per week, and clean the premises together. And as soon as they are ready, they will leave the House for Independent Mothers and start their independent live in Poland. Evenings […]

When Russia invaded Ukraine, Iwona and Agata immediately started helping out at one of Warsaw’s train stations. Later they became volunteers at the Ptak Warsaw Expo hall. All the time, however, they felt that they wanted to do something more. That’s why they decided to support women who had abandoned their former lives across the […] 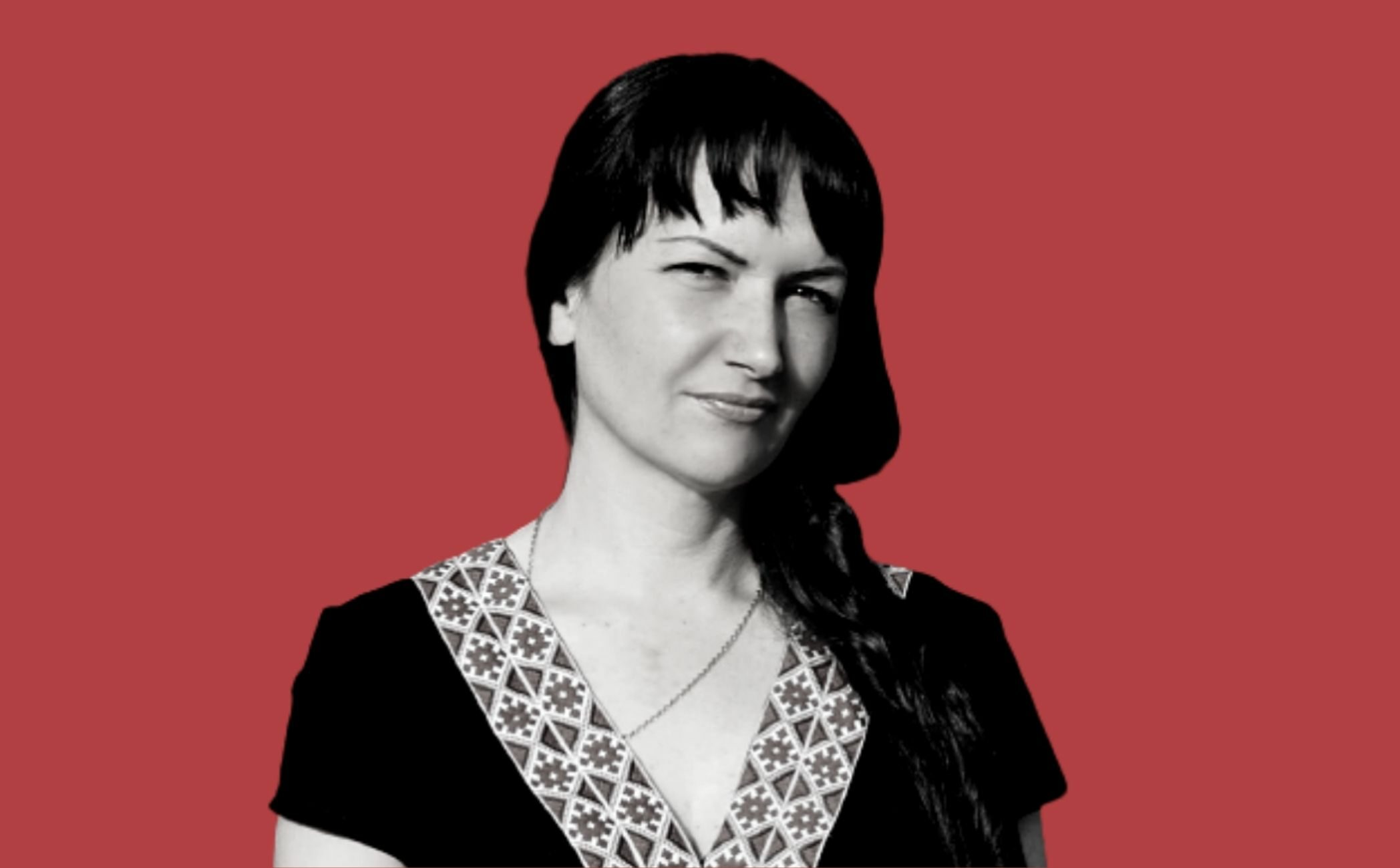 On April 29, 2022, activist and citizen journalist Iryna Danilovych went missing in the occupied Crimea while returning home from work. On the same day, Russian security forces searched Iryna’s house in the village of Vladyslavivka near Feodosia, where she lived with her parents, and seized her phone and equipment. The representatives of the occupying […] 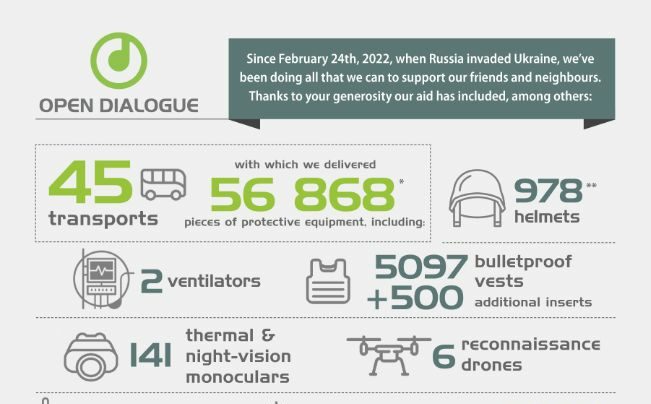 Since 24 February, when Russia invaded Ukraine, we have been doing everything to support our friends and neighbours. Thanks to your support during March-April 2022 we collected over PLN 14 million for humanitarian aid for Ukraine. These funds – sent to us in the form of donations to bank accounts, public collections on the zrzutka.pl […]

Kazakhstan’s official position: By 27 March 2022, neither president Tokayev nor the government of Kazakhstan has declared Kazakhstan’s support for Ukraine’s territorial integrity or has called on Russia to end its aggression against Ukraine. On 22 February 2022, just two days before Russia’s military attack on Ukraine, Kazakh Foreign Minister Mukhtar Tleuberdi stated that “the issue […] 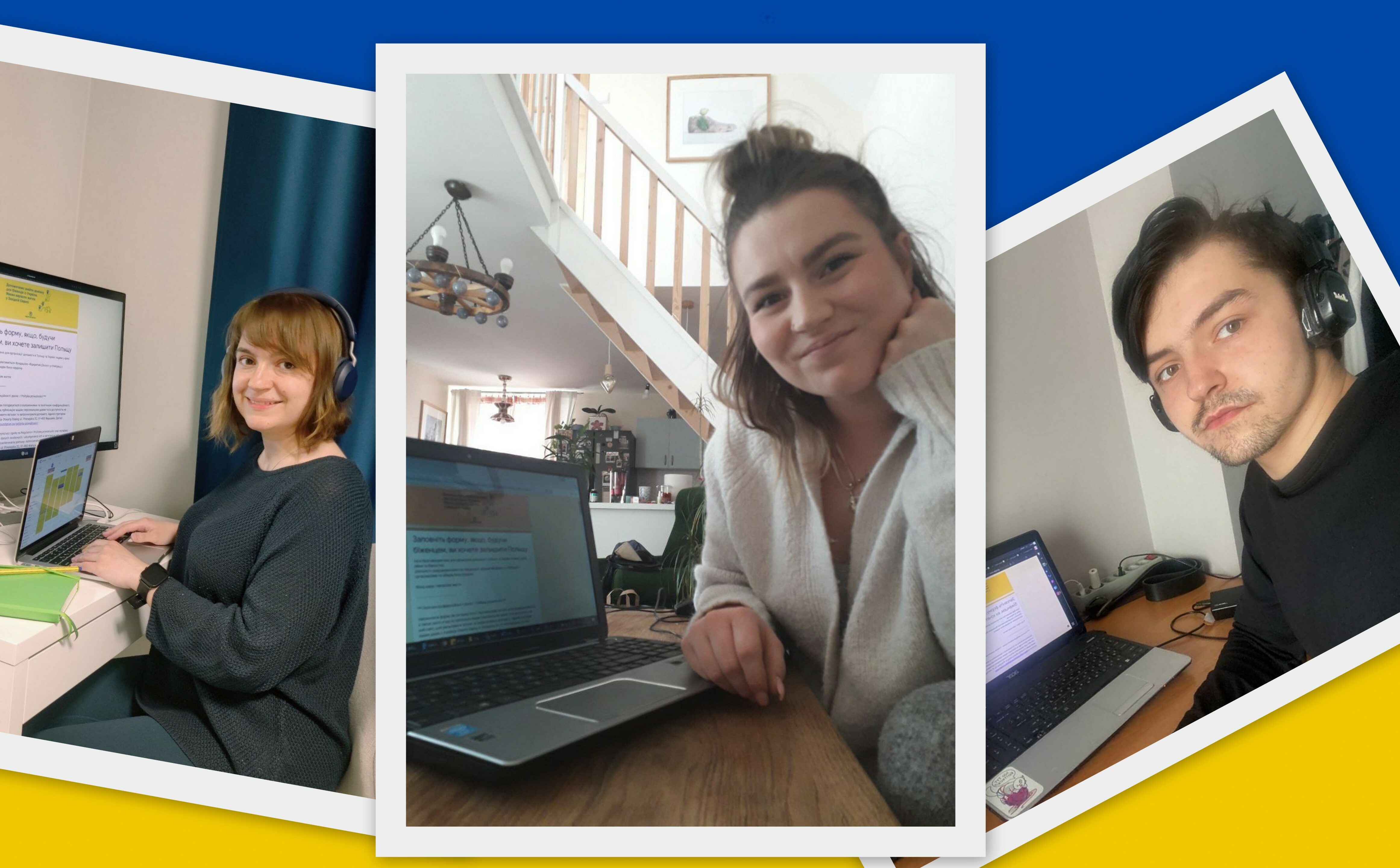 Since 10 April, our colleague Magda Janczewska has been the coordinator of the Helpline for refugees. Every day, from 8:00 a.m. to 10:00 p.m. (i.e. 14 hours a day), our wonderful volunteers help the people who are in the process of relocating from Ukraine and have asked for help from the Foundation. Currently, seven volunteers […] 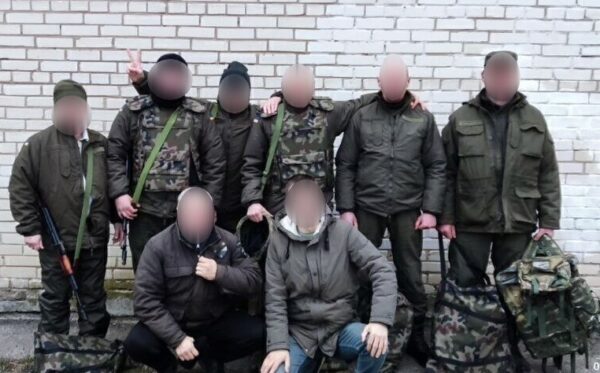 Since February 25th the Open Dialogue Foundation has been on the forefront of both supporting the Ukrainian refugees fleeing to Poland, as well as – more uniquely – delivering humanitarian aid to those on the frontlines, specifically military-grade protective gear like bulletproof & anti-fragmentation vests or ballistic helmets, as well as other equipment like night-vision goggles, radio stations, drones or tactical accessories. Within the first 6 weeks we have provided some 20 thousand pieces of such equipment, including over 4500 bulletproof vests, all thanks to the generosity of our donors, who have given over 11 million zlotys to our cause (incl. PLN 3 million via our dedicated fundraiser at zrzutka.pl/PomocUkrainie). As documented recently by Onet.pl’s war correspondent Marcin Wyrwał, we are likely the only non-profit focused on this type of aid

I know of five cases where our vests saved someone’s life. We receive such information and words of gratitude. This gives us strength. But we also feel the responsibility. — Assembling a bulletproof vest is not difficult. I put two steel plates into the fabric cover — a straight one for the back, and a […]

— I am standing in front of the largest warehouse of the non-profit organisation from which bulletproof vests and other aid for Ukrainian soldiers go to Ukraine — says Onet reporter Marcin Wyrwał, who visited the warehouse of the Open Dialogue Foundation. Thanks to the organisation’s efforts, almost 20,000 pieces of various types of defence […] 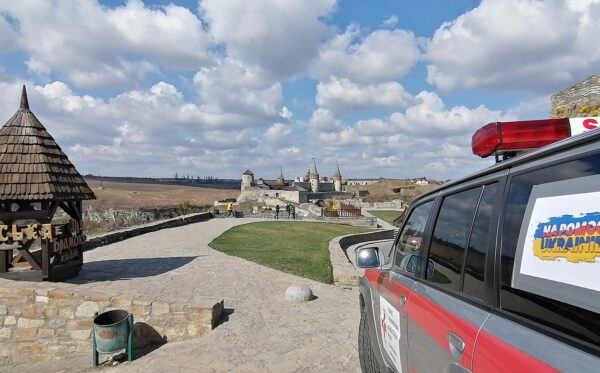 A group of fearless firefighters from the Fire Department of the Specialised rescue team “Firefighters Together Against Leukaemia”, in cooperation with, among others, oncology hospitals in Poland and abroad, created a “metastasis tunnel” for medicines for oncology patients of Ukrainian children. The transport also included bandages for Ukraine’s freedom fighters, who were trained by firefighters […] 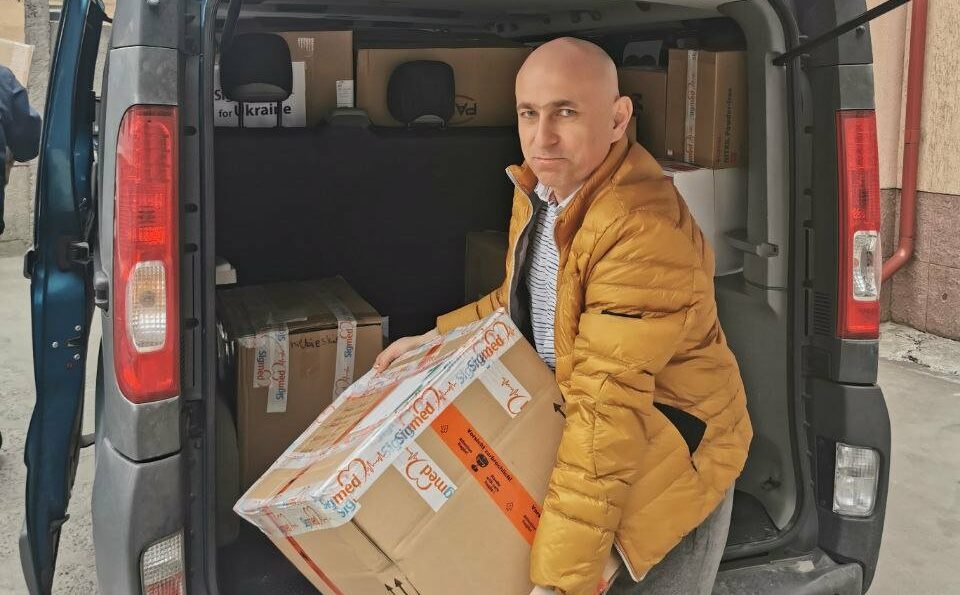 In addition to the shipment of life-saving equipment – bulletproof vests, helmets and night vision devices – we have already sent several medical shipments. In the rush of things, we have not yet informed you about the convoy with medical equipment and supplies that was sent on 16 March to Lviv, from where it reached […] 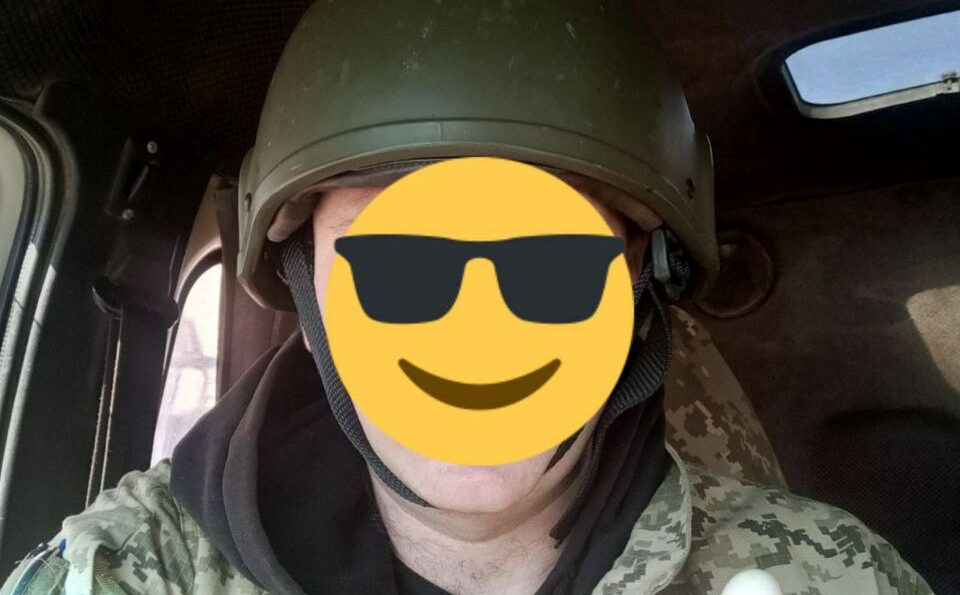 Thanks to you, life-saving equipment – bulletproof vests and helmets – purchased with the funds from our public collection, have just been delivered to Korosten in the Zhytomyr region. Bordering the Kyiv region and Belarus, it is an important resistance point for the Ukrainians heroically defending their people. The area is regularly attacked by Russian […]