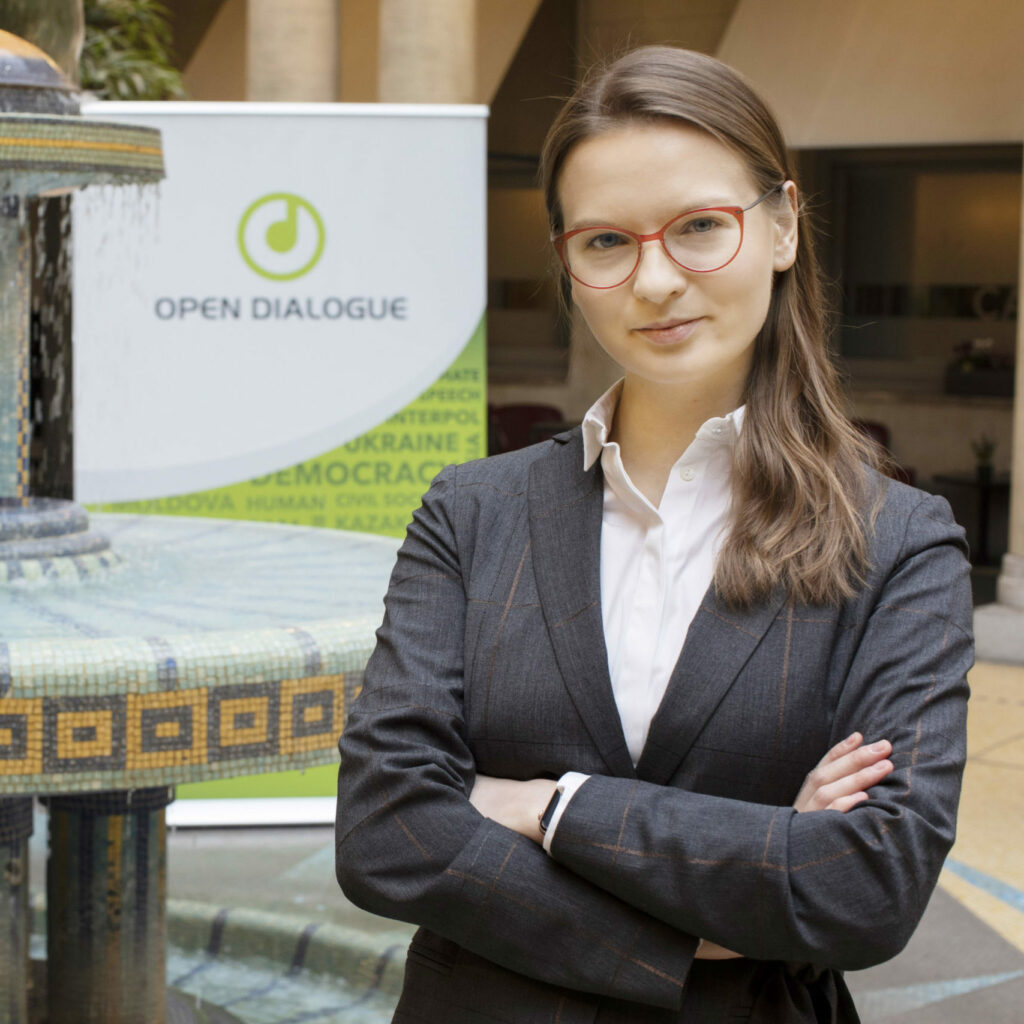 Initiator of the establishment of the Open Dialogue Foundation and President of the Board since June 2010. Organiser of international electoral observation missions and missions to monitor the observance of human rights in Ukraine, Georgia and Kazakhstan. She coordinates actions in support of the reform of Interpol, whose mechanisms are repeatedly misused by authoritarian states.

A graduate of Finance at the State Technical University in Sevastopol and The School of Arts and Humanities at the University of Wales in Bangor. Polish government scholarship holder and Ph.D. student at the Department of History of the European College of Polish and Ukrainian Universities (an educational institution, founded, in particular, by the Maria Curie-Sklodowska University and the John Paul II Catholic University of Lublin).

Social activist, involved in the activities of the Foundation for Regional Initiatives and the PORA organisation (Black Pora!). In 2004, she was an active participant in the Orange Revolution in Ukraine. The leader of the campaign for the withdrawal of Russia’s Black Sea Fleet from Sevastopol in the years 2005-2006. In the past, she also fulfilled the role of a coordinator of international projects at the ‘Dialog for Development’ Foundation and the ‘ES.T.Kom’ Ltd. company (Ukraine).

She is interested in history and politics of Eastern Europe and Central Asia.